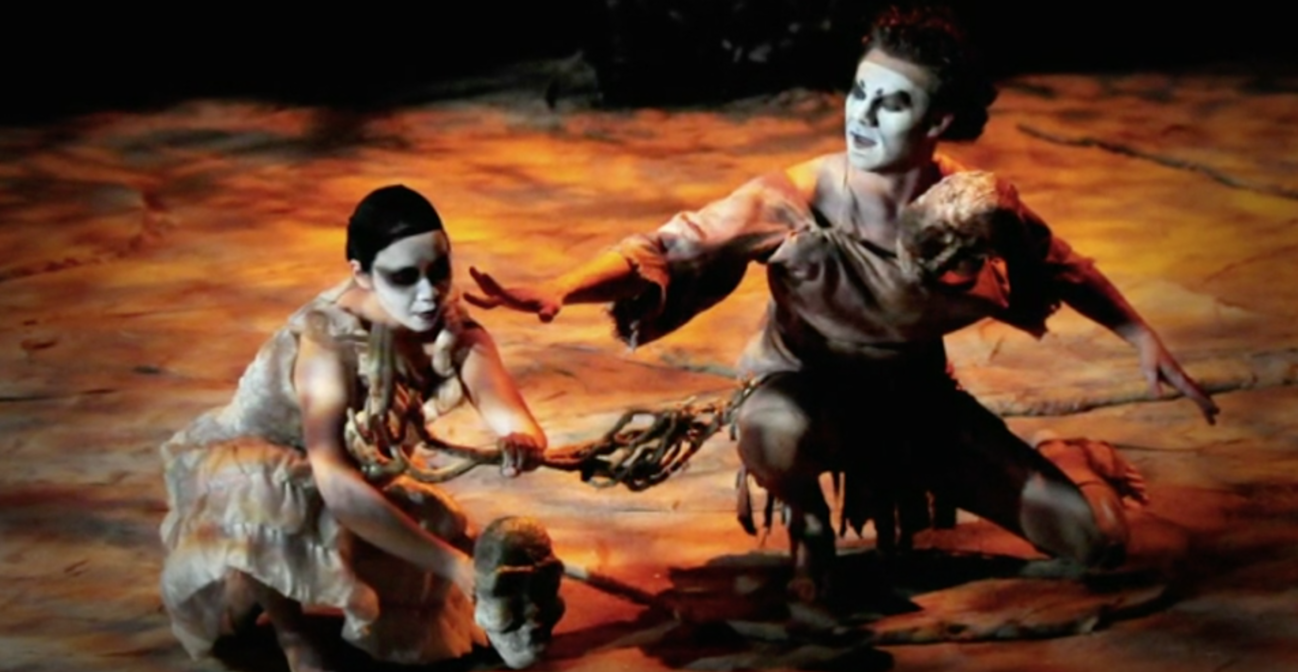 Gilgamesh is considered the first masterpiece of World Literature; in fact it is the earliest known epic narrative we have. At first it may seem intimidating to try to bridge the gap between the twenty-first century and 2800 BCE. After all, we don’t know know what the original readers in ancient Sumeria knew—their legends, their daily lives, what their kings were like, and what their heroes and legends meant to them.

But we do share a key characteristic with them and with readers from any era: we love a gripping story and The Epic of Gilgamesh is just that. Adventure, the quest for immortality, the getting of wisdom, and more than a few life or death battles. Gilgamesh has all of this and more, including reflections on what it means to be alive, in 2800 BCE, no less than in our own time.

“I think what fascinated me about the story most was, how is it that this one ancient text, of all the other thousands of ancient texts that we have, exercises such a hold over the modern imagination.”

2100
Oldest known copy of a Sumerian poem about Gilgamesh

1800
“Surpassing all other kings,” the first epic, is written by an unknown person

1200–1100
The scribe Sin-liqe-unninni edits “Surpassing all other kings” and other materials into the Akkadian epic, “He who saw the deep.” This is one example of how the work circulated around the ancient Middle East.

100
The story of Gilgamesh is lost as the Assyrian empire falls.

1900s–2000s
Gilgamesh is compiled, translated and published in many editions and languages.

Gilgamesh comes from ancient Sumeria, a region where the first civilizations arose, the site of modern-day Iraq.

The epic refers to a real Sumerian king, who ruled Uruk, around 2800–2750 BCE. His exploits were recognized in poems after his death, but these stories moved from memory to legacy to legend, circulating throughout the region as Sumeria became part of Akkadia, and then the Babylonian Empire. The stories were collected and organized by both Babylonian and Assyrian scribes or poets.

It is to the Assyrian king Ashurbanipal that we owe the story we know today. Copies of the epic were placed in his great library in Nineveh. And although invaders burned the library, the tablets crashed down into the ruined foundations, to be buried as they were built over by later generations.

Gilgamesh was effectively lost until the mid-1800s when British archaeologists uncovered the ruins and the tablets. They were sent to the British Museum in London for study, and gradually scholars deciphered the script and the language; this was chiefly the work of George Smith, whose translations caused a sensation.

Gilgamesh is a document of world history and civilization as much as a masterpiece of literature. Its literary themes—gods and humans, adventure, the quest for immortality, friendship, loss, and the getting of wisdom—show that the earliest stories drew on the same wellspring of human experience that has always inspired writers and readers.

The original language of Gilgamesh was Sumerian, the language of Mesopotamia. Sumerian was written in cuneiform, a system of wedge-shaped marks, which evolved from pictures to abstract signs. Sumerian texts were written on wax or clay tablets with a sharpened reed.

Akkadian later became the preferred spoken language of Mesopotamia, while Sumerian was reserved for literary writing. Gilgamesh poems were still copied in Sumerian for Akkadian-speaking kings and scholars; it was a text used to help student scribes around the Near East learn cuneiform script, and it was translated into several other languages as well.

Today’s version of Gilgamesh—”He who saw the deep”—is compiled from seventy-three different tablets, in various languages.

More discoveries are possible. As noted in the video, gaps remain and future archeological and translation work may fill these in.

The epic has now been translated into every major language in the world, and has become the basis for theatrical, literary, artistic, and musical adaptations.

Gilgamesh, king of Uruk
Gilgamesh’s mother was a goddess, his father a mortal king of Uruk. Gilgamesh is supernaturally strong, but also has the human qualities of fear, anger, jealousy, competitiveness, and ultimately mortality.

Enkidu
Enkidu is a wild man created by the sky god Anu to challenge Gilgamesh, who is abusing his power in Uruk. Enkidu adopts civilization, fights Gilgamesh, and becomes the king’s dearest companion, eventually accompanying Gilgamesh to his most dangerous battle.

Ninsun
A goddess and the mother of Gilgamesh. “Wild-cow Ninsun” is clever and wise, and Gilgamesh, especially in the beginning of the epic, seeks out her knowledge and asks her to translate his dreams. Both Enkidu and Gilgamesh turn to her for guidance about their journey to the Great Cedar Forest.

Humbaba
This mighty guard of the Great Cedar Forest. When Gilgamesh arrives to cut down the great forest to make the gates of Uruk, Humbaba fights him to the death.

Shamhat
A temple harlot in Uruk, sent by the gods to tame Enkidu.

Utnapishtim
A legendary king who ruled before the flood sent by the gods in ancient times to destroy all of humanity. Gilgamesh seeks him out in his quest for immortality.

Ishtar
Goddess and daughter of Anu the Sky God; Ishtar has taken many mortal lovers and killed them all.

Adad
The god of thunder, rain, and floods.

Ea
One of the gods who created humanity. Ea warns Utnapishtim that the flood is coming.

Enlil
The most powerful god, ruling gods and humans from Earth; he caused the flood that destroyed almost all humankind.

Gilgamesh
King of Uruk and hero of the epic.

The Great Cedar Forest
A far-away paradise of scented trees that is guarded for the gods, but which Gilgamesh wants in order to use its timbers for his city gates.

Humbaba
The demon guardian of the Great Cedar Forest.

Ishtar
A goddess, daughter of Anu.

Mount Mashu
The mountain that guards the rising and setting of the sun.

Mount Nimush
The mountain where Utnapishtim’s boat lands after the flood.

Ninsun
A goddess, mother of Gilgamesh.

Shamhat
A temple harlot in Uruk, sent by the gods to tame Enkidu.

Shuruppak
Utnapishtim’s once great city, later destroyed by the flood.

Siduri
The tavern-keeper in the lands beyond Mount Mashu.

Uruk-the-Sheepfold
The home of Gilgamesh, and of all that is good and unique about Sumerian culture. Its protective wall is presented as a wonder of the world, and Gilgamesh’s story is literally embedded in its foundation.

Ur-Shanabi
The boatman who takes Gilgamesh over the waters to Utnapishtim, then home to Uruk.

Utnapishtim
Once a king of a teeming city, only he and his wife survived the great flood sent by the gods to destroy humanity. They now live eternally on an island at the source of the Tigris and Euphrates Rivers.