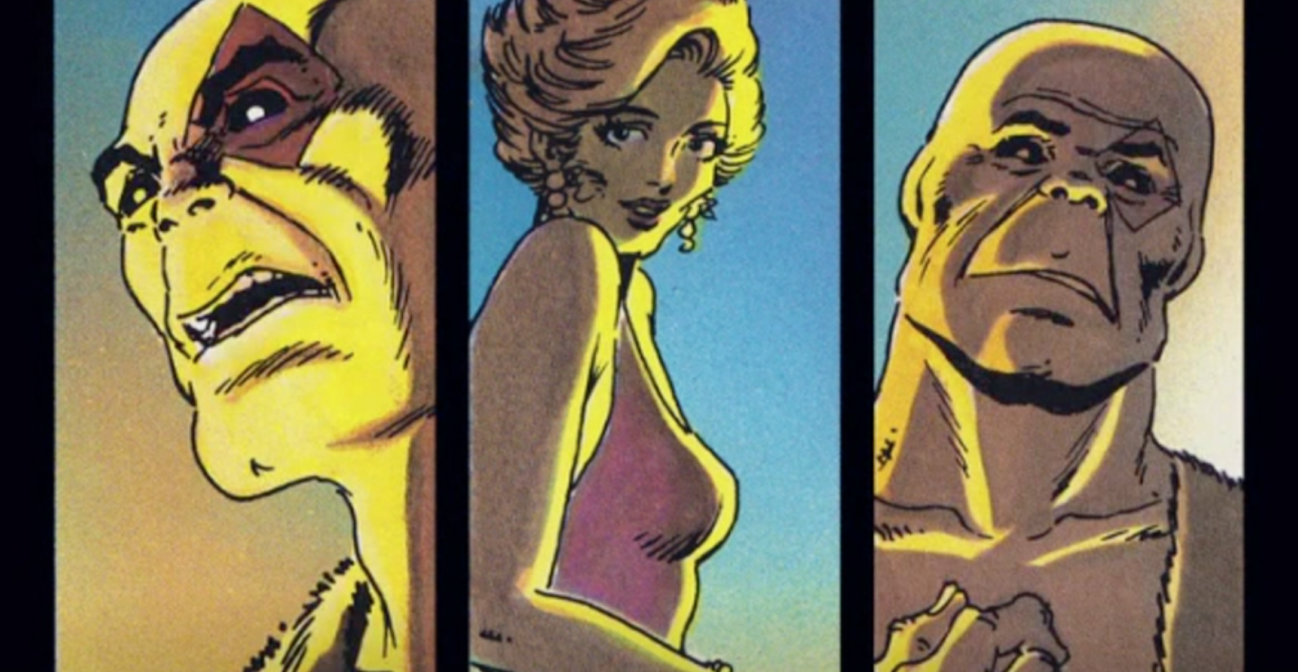 In the Images of World Literature slideshow, you saw ancient images inspired by The Epic of Gilgamesh. Here at Connections, you can find modern interpretations, analyses, and performances of the Gilgamesh story.

This image of Gilgamesh and Enkidu by modern-day artist Neil Dalrymple is inspired by ancient images of the two friends; notice Enkidu is part-animal, and smaller than the king whom he loves and serves.

Humbaba’s demonic face was a popular subject for sculptors; this ancient Assyrian representation follows the usual practice of depicting the creature’s face as one swirling line.
The Schoyen Collection, MS 4573/1

The king’s great prowess as a rider and a marksman is celebrated in this carving from his capital city of Nineveh. The city was his greatest achievement, just as Uruk was Gilgamesh’s.