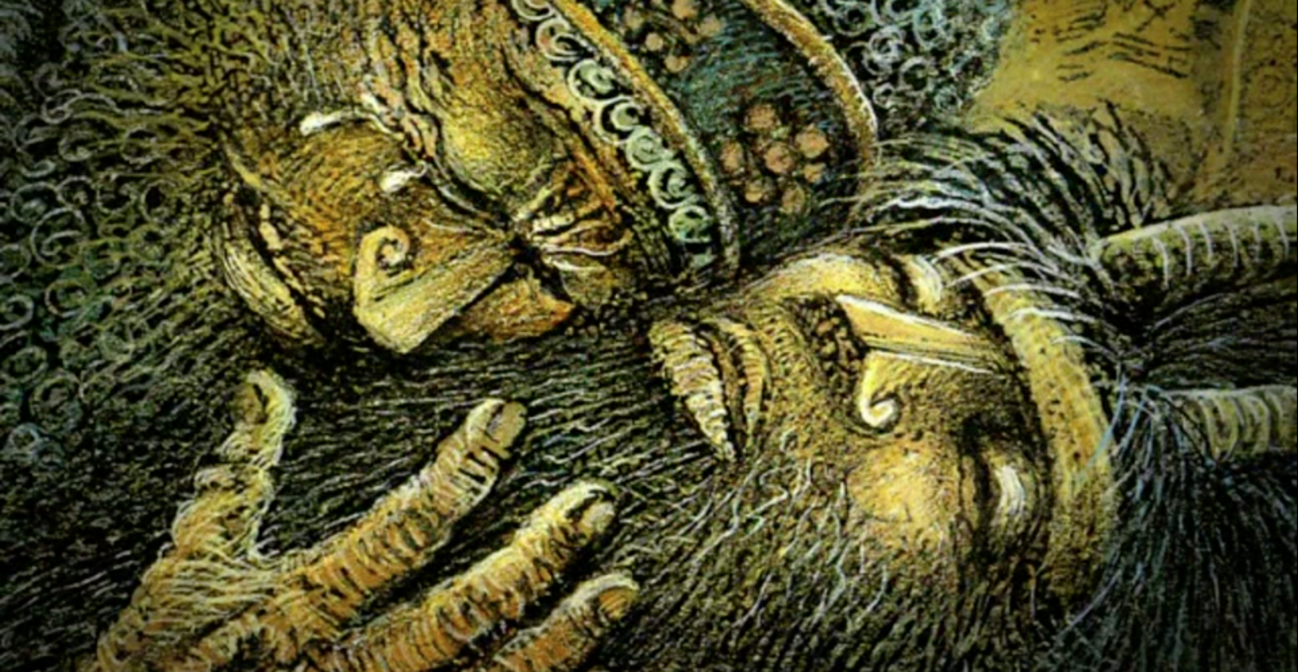 An excerpt from The Epic of Gilgamesh
Gilgamesh mourns Enkidu

“My friend Enkidu, whom I loved so dear, who with me went through every danger, the doom of mortals overtook him.

Six days I wept for him and seven nights: I did not surrender his body for burial until a maggot dropped from his nostril. Then I was afraid that I, too, would die. I grew fearful of death, so I wandered the wild.

“This is a wail against the universe, against the fact that we all have to live with death, the death of our friends and our own deaths.”

“When you love someone so much, you feel that this cannot happen. You cannot lose someone you love so much.”

David Damrosch Sums It Up:

Gilgamesh desperately tries to keep Enkidu alive, and after Enkidu dies, he waits by his body for seven days and seven nights, not willing to accept that he’s died, until finally a worm crawls out of Enkidu’s nose.

Enkidu’s death mirrors the earlier rite of passage that brought him into Gilgamesh’s life: the seven days and nights of lovemaking with the temple prostitute Shamhat. His dream-vision of the House of Dust as he lies dying is, in fact, taken from an earlier Babylonian poem, “The Descent of Ishtar,” which describes the goddess of love going into the underworld to visit and challenge her sister Ereshkigal, queen of the underworld. Here the older mythic story of divine rivalry becomes a fully human drama of the young hero’s confrontation with his own mortality. Even as the scene looks back to Enkidu’s epic lovemaking, it looks forward as well to the scene on Utnapishtim’s island, when Gilgamesh finally has to acknowledge that he isn’t his ancestor’s equal, as he’s unable even to overcome sleep (the daily image of death), much less death itself.