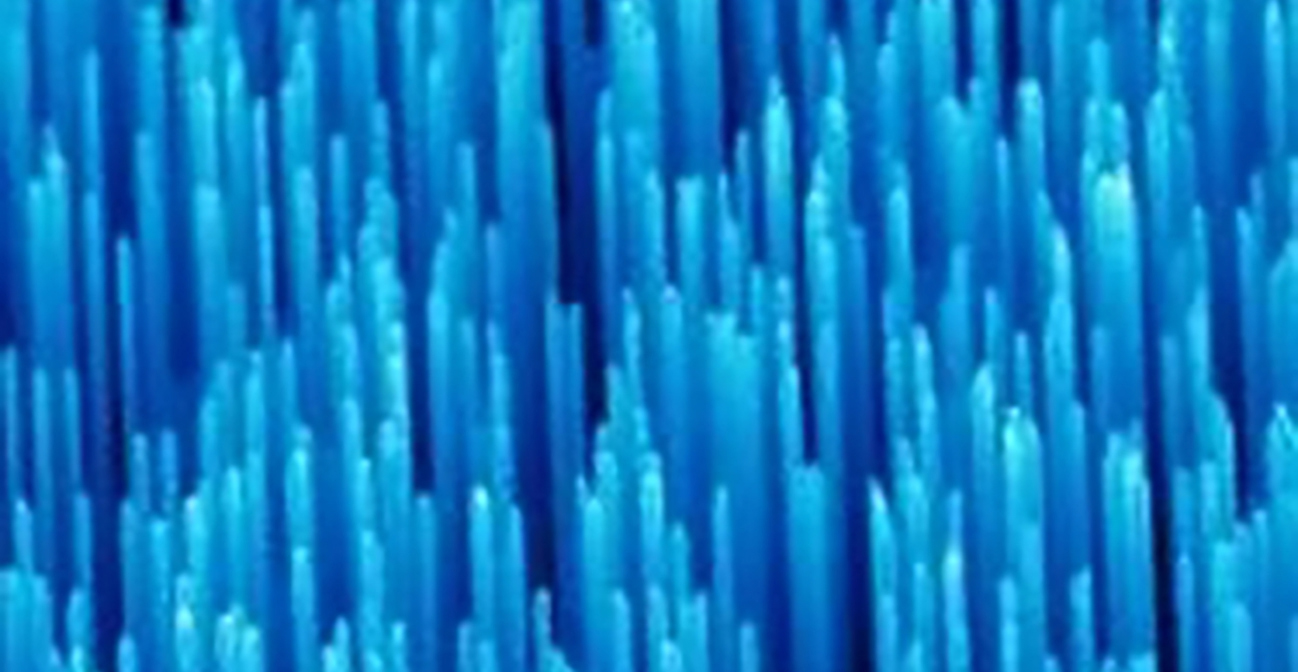 This unit takes an approach to physics that differs markedly from much of what we have encountered in previous units. Rather than cataloging the elementary components of matter, we look at what happens at the macroscopic scale when the interactions of these components with one another and their environment lead to entirely new—emergent—behavior. After introducing the concept of emergence, the unit examines emergent behavior in solid matter, quantum plasmas, and the very different behavior of the liquid forms of two different isotopes of helium (He). The next two sections cover the search for a microscopic theory of superconductivity and its culmination in Bardeen-Cooper-Schrieffer (BCS) theory, which triumphantly accounted for the emergent properties of conventional superconductors. The final three sections focus on efforts to understand emergence in new and different contexts, from freshly discovered forms of superconductivity on Earth to the cosmic superfluidity observed in pulsars—rotating stars made up primarily of neutrons.

An antiferromagnet is a magnet in which the microscopic magnetic moments inside the material line up in a grid on which neighboring moments point in opposite directions. The interaction energy between two magnetic moments in an antiferromagnet is lower when the two moments point in opposite directions. This can lead to a frustrated system with multiple ground states.

BCS theory is the theory of superconductivity put forward in 1957 by John Bardeen, Leon Cooper, and John Schreiffer, who received the 1972 Nobel Prize for their effort. The basic premise of BCS theory is that under the right conditions inside a conductor, electrons can form weakly bound pairs called “Cooper pairs” that form a condensate. Pairs in the condensate experience no resistance as they travel through the conductor.

In condensed matter physics, doping refers to the deliberate introduction of impurities into an extremely pure crystal. For example, a crystal of pure silicon might be doped with boron atoms that change the material’s electrical properties, making it a more effective semiconductor.

Emergent behavior is behavior of a complex system that is not easily predicted from a microscopic description of the system’s constituent parts and the rules that govern them.

A ferromagnet is a magnet in which the microscopic magnetic moments inside the material all point in the same direction. Most magnetic materials we encounter in daily life are ferromagnets.

Inelastic neutron scattering is an experimental technique for studying various properties of materials. A beam of neutrons of a particular energy is shot at a sample at a particular angle with respect to the crystal lattice. The energy of neutrons scattered by the sample is recorded, and the experiment is repeated at different angles and beam energies. The scattered neutrons lose some of their energy to the sample, so the scattering is inelastic. The results of inelastic neutron scattering are readily interpreted in terms of the wave nature of particles. The incident neutron beam is a wave with a frequency proportional to the neutron energy. The crystal preferentially absorbs waves with frequencies that correspond to its natural modes of vibration. Note that the vibrations can be magnetic or acoustic. Thus, the modes of the sample can be inferred by mapping out how much energy is absorbed from the incident beam as a function of the incident beam energy. Inelastic neutron scattering has also been used to study acoustic oscillations and their corresponding quasiparticles in liquids.

In condensed matter physics, the term itinerant is used to describe particles (or quasiparticles) that travel essentially freely through a material and are not bound to particular sites on the crystal lattice.

Magnons are the quasiparticles associated with spin waves in a crystal lattice.

In physics, the term phase has two distinct meanings. The first is a property of waves. If we think of a wave as having peaks and valleys with a zero-crossing between them, the phase of the wave is defined as the distance between the first zero-crossing and the point in space defined as the origin. Two waves with the same frequency are “in phase” if they have the same phase and therefore line up everywhere. Waves with the same frequency but different phases are “out of phase.” The term phase also refers to states of matter. For example, water can exist in liquid, solid, and gas phases. In each phase, the water molecules interact differently, and the aggregate of many molecules has distinct physical properties. Condensed matter systems can have interesting and exotic phases, such as superfluid, superconducting, and quantum critical phases. Quantum fields such as the Higgs field can also exist in different phases.

Phonons are the quasiparticles associated with acoustic waves, or vibrations, in a crystal lattice or other material.

A plasma is a gas of ionized (i.e., electrically charged) particles. It has distinctly different properties than a gas of neutral particles because it is electrically conductive, and responds strongly to electromagnetic fields. Plasmas are typically either very hot or very diffuse because in a cool, relatively dense gas the positively and negatively charged particles will bind into electrically neutral units. The early universe is thought to have passed through a stage in which it was a plasma of quarks and gluons, and then a stage in which it was a plasma of free protons and electrons. The electron gas inside a conductor is another example of a plasma. The intergalactic medium is an example of a cold, diffuse plasma. It is possible to create an ultracold plasma using the techniques of atom cooling and trapping.

Plasmons are the quasiparticle associated with oscillations of charge density in a plasma.

A pulsar is a spinning neutron star with a strong magnetic field that emits electromagnetic radiation along its magnetic axis. Because the star’s rotation axis is not aligned with its magnetic axis, we observe pulses of radiation as the star’s magnetic axis passes through our line of sight. The time between pulses ranges from a few milliseconds to a few seconds, and tends to slow down over time.

David Pines is the founder and co-director of the Institute for Complex Adaptive Matter (http://icam-i2cam.org), a global distributed institute with over 60 branches worldwide, dedicated to promoting research and education in emergent behavior in matter and society. He is also a Distinguished Professor of Physics at UC Davis, where he teaches one quarter every year, and is Research Professor of Physics and Professor Emeritus of Physics and Electrical and Computer Engineering in the Center for Advanced Study, University of Illinois at Urbana-Champaign, where he was a faculty member from 1959 to 1999.

His current research concerns the search for the organizing principles responsible for emergent behavior in materials where unexpectedly new classes of behavior emerge in response to the strong and competing interactions among their elementary constituents. The author of four books, he has published more than 260 papers in refereed journals and has several book chapters in progress. He served as editor of reviews of Modern Physics from 1973 to 1997 and since 1961 has been founding editor of the series, “Frontiers on Physics,” in which some 103 volumes have appeared under his aegis.

He is a cofounder of the Santa Fe Institute, where he serves on its science board and served as its vice president, chair of the board of trustees, and cochair of its science board and science steering committee during the years 1984 to 1996. He was the founding director of the Center for Advanced Study, UIUC (1968-70), was vice president of the Aspen Center for Physics from 1968 to 1972, was the founder and chair of the National Academy of Science/National Research Council’s Board on International Scientific Exchange, and founding cochair of the US-USSR Cooperative Program in Physics from 1968 to 1989. He has been the organizer or co-organizer of 16 workshops and three summer schools, and is a member of the International Board of Overseers of Sabanci University.

Paul Chaikin, a specialist in condensed matter physics, joined New York University in fall 2004 as a professor in the Department of Physics. He earned his B.S. in physics at the California Institute of Technology (1966) and a Ph.D. in Physics at the University of Pennsylvania (1971). Previous professorships include the University of California, Los Angeles; University de Paris, Sud-Orsay; the University of Pennsylvania, and Princeton. Chaikin has also worked as a research associate and consultant for Exxon Research and Engineering Co. and the NEC Institute. He has published over 300 articles in journals such as the Physics Review, the Journal of Material Science, Physical Review Letters, Journal of Physics, Nature, and Science, and he coauthored the book Principles of Condensed Matter Physics with T.C. Lubensky (Cambridge University Press 1995). Chaikin has served on the editorial boards of numerous refereed journals, has lectured at over 200 meetings and at over 200 universities and labs, and has registered two patents. He has been honored with a Sloan Foundation Fellowship and a John Simon Guggenheim Foundation Fellowship, and is an elected member of the American Academy of Arts and Sciences and the National Academy of Science.

Piers Coleman is a professor in the Department of Physics and Astronomy at Rutgers University. His research is concerned with the fundamentally new classes of collective condensed matter behavior that emerge in complex materials. Recently he has been particularly interested in new types of metallic behavior, “non Fermi liquid” physics, that develop in heavy fermion and cuprate metals together with the unusual magnetic and superconducting phases to which they give rise. Novel magnetism, the possibility of “composite-paired superconductivity,” Kondo insulators, and quantum phase transitions are examples of areas of his recent research activity. He received his Ph.D. in 1984 from Princeton University.

Reductionism—breaking things into their component parts to study how they work—is an effective tool in physics. But many real-world challenges resist this approach. All too often, large scale behavior emerges in ways that are difficult to predict from the behavior of individual components. When the computational requirements are too massive or the theories that govern the component parts are inadequate, many complex systems have yielded to the physics of emergence, which seeks organizing principles at the system level. Find out how many different phenomena—superconductors, hydrodynamics, and even the formation of structure in the universe—are all fruitful areas where the physics of emergence is leading to new understanding. 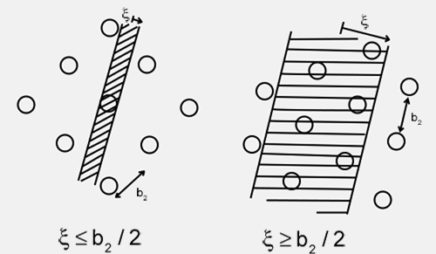 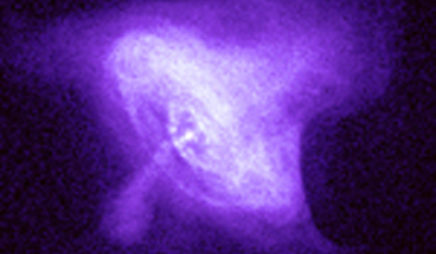 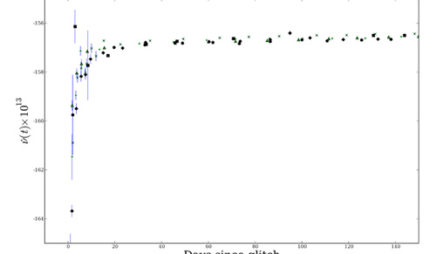 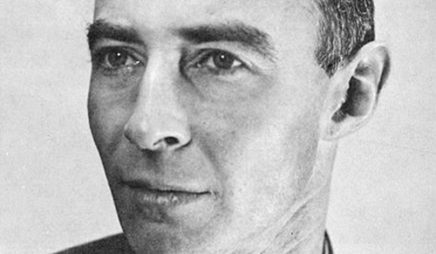 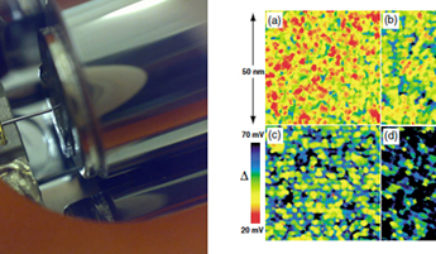 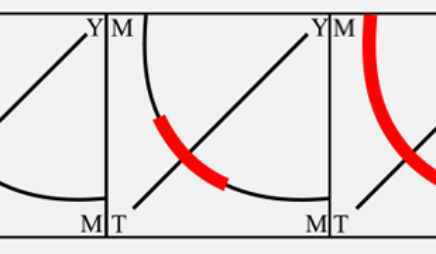 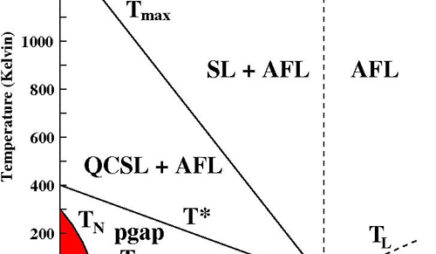 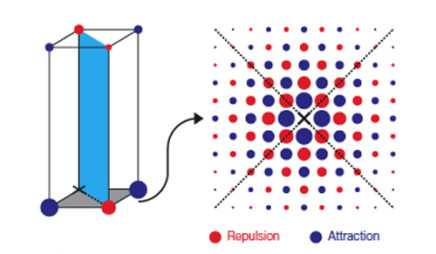 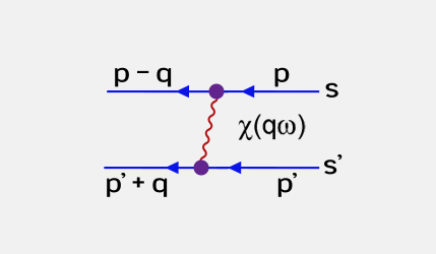 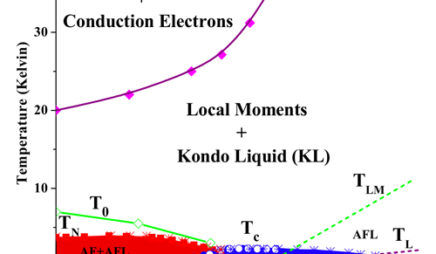 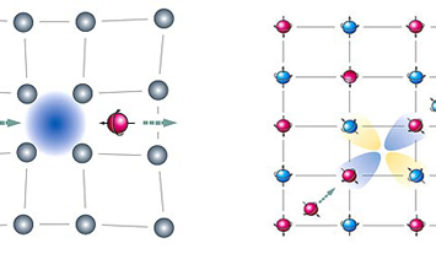 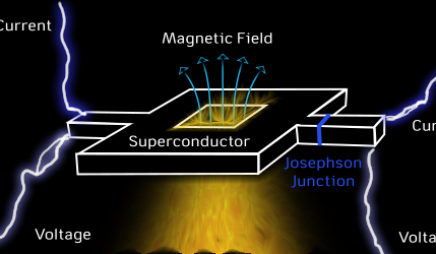 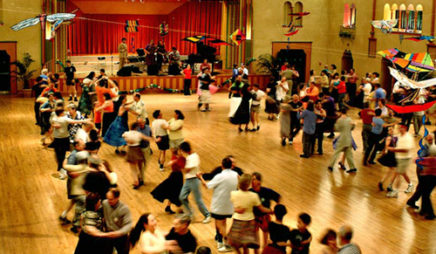 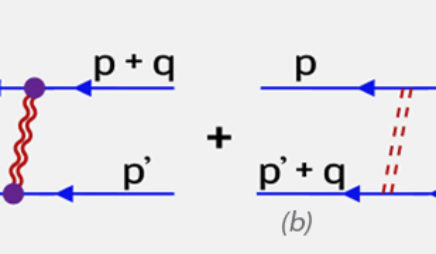 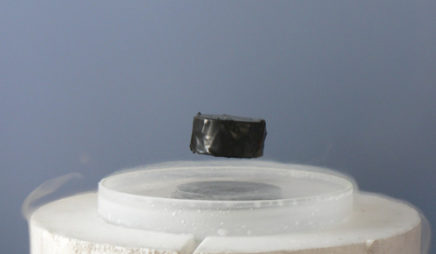 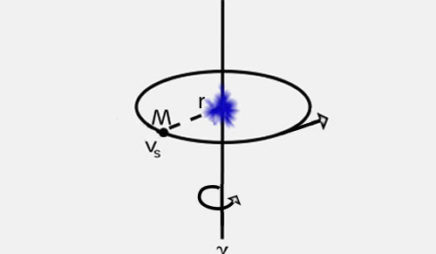 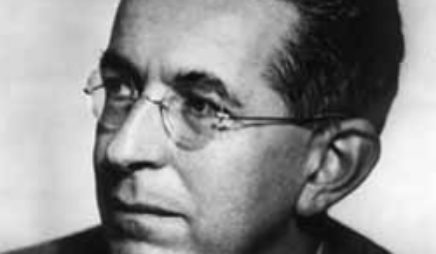 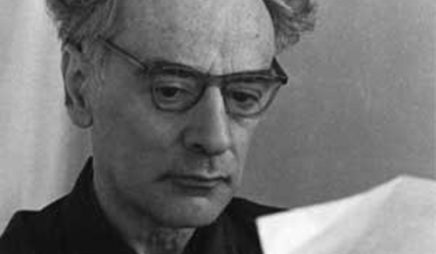 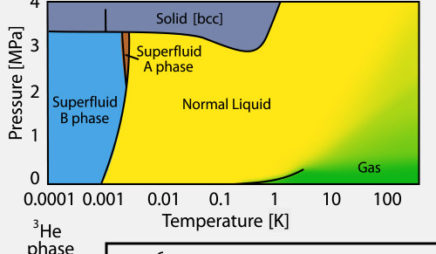 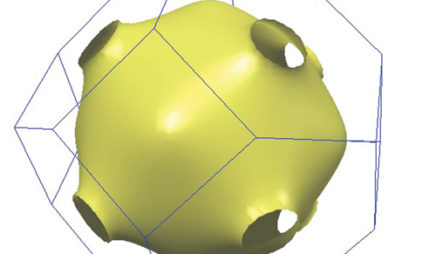 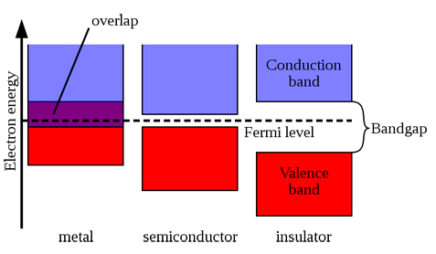 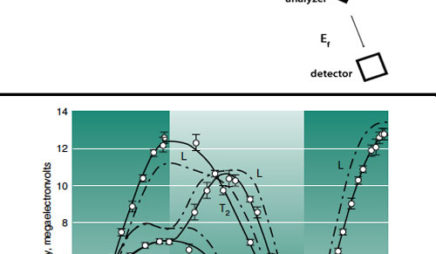 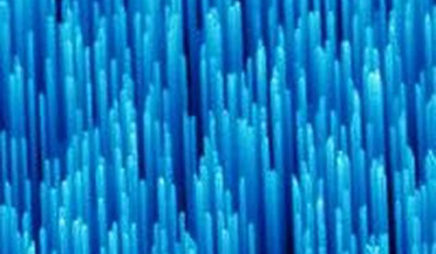 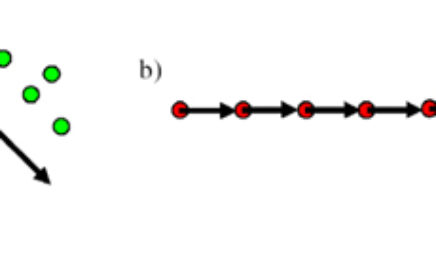 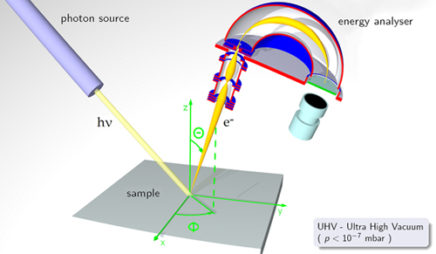