Interviewer: What is the history of research and discovery at Fermilab?

MARK: There is quite a rich program. And the biggest discovery was in ’95 with the discovery of the top quark. But since then there’s been a huge range of physics projects that have been ongoing. Of course the search for the Higgs is important but it’s one of many programs that have been hugely successful. Measurement of the W boson mass has been one of the main and fundamentally important measurements. In fact that’s very important in helping us narrow down where the Higgs can be.

Interviewer: What is the main experiment at Fermilab?

MARK: The main experiment at Fermilab is the Tevatron, which is a proton/anti-proton collider where there are two main experiments that look at the collisions of protons/anti-protons. The Tevatron itself is about four miles in circumference, underground. It accelerates protons in one direction and antiprotons in the other, and collides them at interaction points around which we’ve built these huge detectors. CDF is one such detector; D-zero is another.

Interviewer: What is the motivation for your research?

MARK: The motivation for my research is looking for the Higgs boson. Within the standard model, there are W and Z bosons, which mediate the weak interaction. And the photon is the particle that mediates the electromagnetic interaction. Now that would all be fine if those particles, the W and Z bosons, the gluons and the photons were all mass-less, however, it turns out, that the W and Z bosons in fact do have mass. You’ve got to have some mechanism by which that mass is generated. And the standard model does that most easily by what’s called the Higgs mechanism.

And once we discover what the mechanism is that generates mass, that gives us a lot more clues about what happened in the first billionth to a trillionth of a second in the universe and how the universe did evolve the way it did. So we’re really asking extremely fundamental questions and trying to probe very early times in the universe.

Interviewer: Why is the question ‘why does matter have mass?’ important?

MARK: The fact is we measure particles with mass. Why they have the masses they do, we really don’t know. And the standard model itself is incomplete until we understand how that mass is generated. But presumably there is some mechanism that is missing in the standard model, which can hopefully explain this.

Interviewer: What is the Higgs mechanism?

Interviwer: Can you describe the Higgs field?

Interviewer: What is the Higgs boson?

Interviewer: How do you detect a Higgs boson?

MARK: We have to look for the Higgs in a very different way depending on what the mass of it is. If the mass is relatively low, again, around 120 GeV, the Higgs is mostly produced just as a single particle. However, when it decays to a bottom quark and an anti-bottom quark, that’s a very difficult event to distinguish from a lot of other very common events. And so we have to rely on other ways that the Higgs is produced, in particular, when it’s produced in association with a W boson or a Z boson. And then when the Z boson decays or the W boson decays, that gives us a very striking signature.

Interviewer: Is there any evidence yet for the Higgs boson?

MARK: There is no evidence for the Higgs boson yet. We’ve started to exclude where it can be. We actually have ruled out, not conclusively but with a certain amount of confidence that it’s not around the range of 160-170 GeV. So now we have to focus more strongly on the lower mass Higgs searches. But even on those lower mass Higgs searches, there is no evidence yet for the Higgs.

Interviewer: How do you produce a Higgs boson?

Interviewer: How do you produce anti-matter?

MARK: Anti-matter definitely does exist. But things like anti-atoms, where you have atoms made of anti-protons and positrons, which is the anti-matter component or equivalent to the electron, you know, those are hard to make. But anti-matter certainly does exist. We can produce it and we have produced it. Now anti-protons are produced in the following way. We accelerate protons and we collide them into a target. And from those collisions, a lot of junk just comes out. A very, very small fraction of the junk that comes out includes anti-protons. And so we filter off those anti-protons and we just gradually collect them until we have enough. Then we have to cool them. We have to bunch them. And when we’re colliding a proton and an anti-proton, what we’re really colliding is bunches of protons and bunches of anti-protons, where there’s about ten to the ten protons and anti-protons in each bunch- a huge number.

Producing protons is easy. You just take a hydrogen atom and you take off the electron.

Interviewer: What is the maximum energy produced in the particle collisions?

MARK: The protons and anti-protons are accelerated to energies of about one TeV, which is one thousand times the rest mass of a proton or an anti-proton.

Interviewer: Why is it so difficult to detect a Higgs Boson?

MARK: It’s difficult because these collisions occurring forty million times a second, approximately. A Higgs is produced one in every trillion collisions. And, the Higgs decays according to what mass it is. And, we don’t know what the mass is. If the Higgs is fairly light, then it decays to two B quarks. Those B quarks produce jets. And, those jets are indistinguishable from a lot of different processes, which aren’t that striking. And so, when you produce forty million collisions a second with such a huge detector and so many read out channels, you can’t read off or read out every single event. So, you’ve got to only read out the events, which have some striking nature to them, which have some distinguishing characteristics. Now, there are so many events that are being produced, they just look like two jets in the event, that we can’t read out all of those. And so just by that nature, we can’t read out every single Higgs event if it’s only decaying to two B quarks. So, we have to look for more striking signatures. Now, one way we can do that is look for the Higgs producing association with a W or a Z Boson, which then decays to very high-energy electrons or muons. And, that produces a much more striking signature, which our triggering system will then say okay; this event is interesting.

Interviewer: Would one event be evidence for a Higgs boson?

MARK: We’ve got to gather a lot of evidence to convince ourselves that okay, now it looks there’s a group of events that are starting to look a little more like Higgs events versus some of these other background events. This is all probabilistic in nature.

So, the most we can do is say this event has a certain probability of looking like a Higgs event. It also has a certain probability, probably much higher of looking like a lot of other different processes. And so, we have to build up enough of these events to convince ourselves that okay, the probability that some of these events were Higgs events is now quite high. And, we can declare that we have evidence for the Higgs Boson. We can never just look at an event and say that is due to a Higgs Boson.

Interviewer: What would a Higgs discovery mean for physics?

MARK: The result of all these searches, if it does produce evidence for a Higgs Boson, of course that’s of monumental importance to our understanding of how mass is generated. It answers one of the most fundamental questions we have in particle physics right now. The problem is that if we find something here, we’re not going to know that it’s the Higgs Boson. It’s going to take a while to say we found the Higgs Boson.

Interviewer: What would a Higgs discovery mean for standard model?

MARK: So in the control room, things are most active during so-called “shot set up.” So “shot set up” is when the Tevatron has accumulated bunches of protons and anti-protons, injects them into the Tevatron accelerator, starts to accelerate them in opposite directions. And during that time, you’ve got to do various things to the proton/anti-proton beam. But as soon as the beams are stable and of good quality and they start colliding, then we have to be there at that instant in order to determine okay, things are running really well now. And of course during those first instances during “shot set up” and during data collection, it’s those first few minutes in essence that we have to keep a very close eye on how the detectors are performing.

Interviewer: What does all this work mean for you research?

MARK: What I love most is that we are answering questions about the Universe as it existed about a trillionth of a second after the big bang. We’re existing now in the Universe just for an instant, fifteen billion years after the universe came into existence. How that happened, we’re never going to know really. But the fact that we can as human beings that are existing fifteen billion years after the creation of the universe and we only exist for a split second of that, the fact that we can try to answer questions, fundamental questions about what happened in that first trillionth of a second is mind-blowing. It’s really just an incredible experience.

In the past century, physicists have discovered new constituents of matter—quarks, gluons, neutrinos, and many others. These basic building blocks have been linked together into a theoretical framework, the Standard Model of particle physics, that has been very successful in making predictions that were later confirmed by experiment. Even so, there are hints that the Standard Model is incomplete, and that a deeper theory lies behind it, waiting to be teased into the open. See how scientists are seeking answers to these questions with the latest neutrino experiments and the search for the Higgs boson. 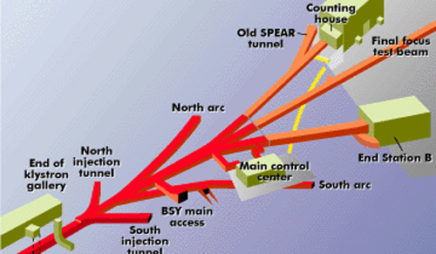 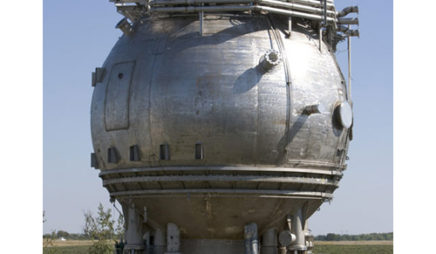 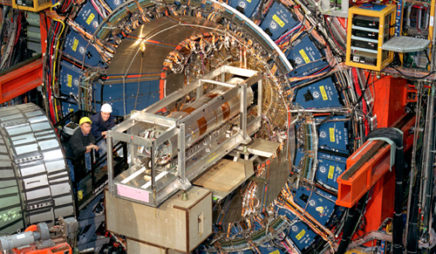 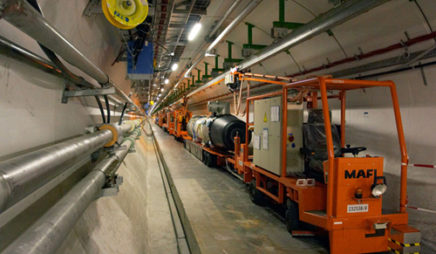 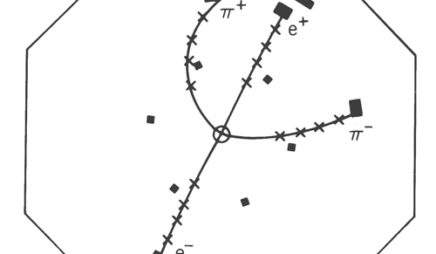 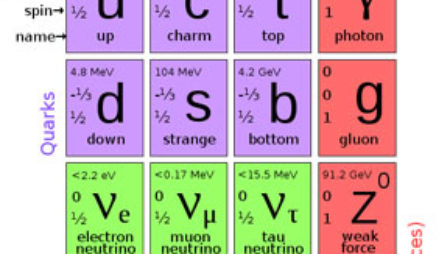 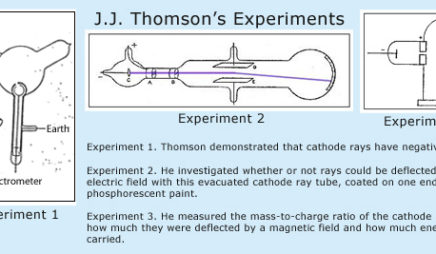 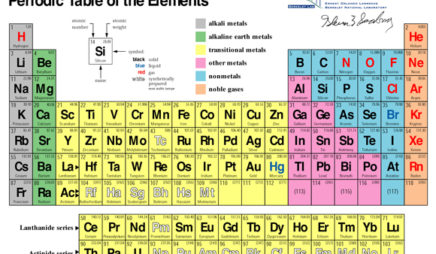 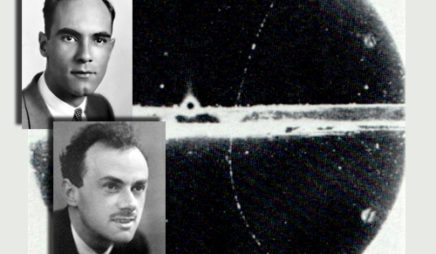 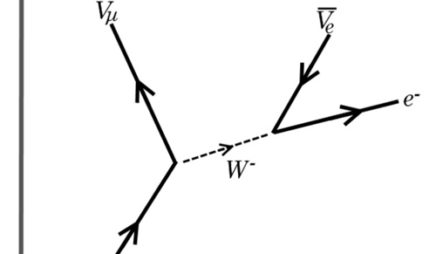 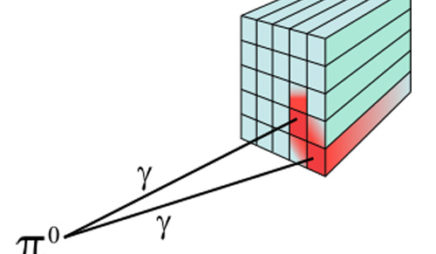 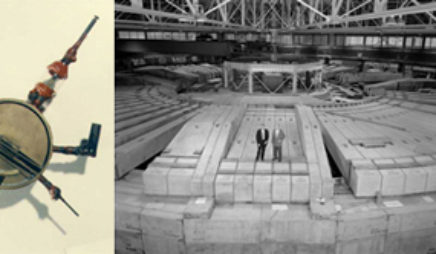 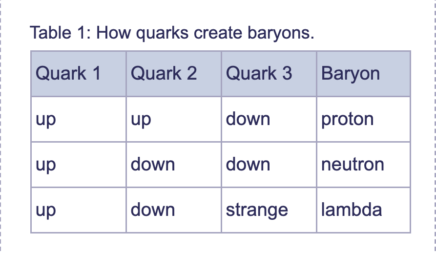 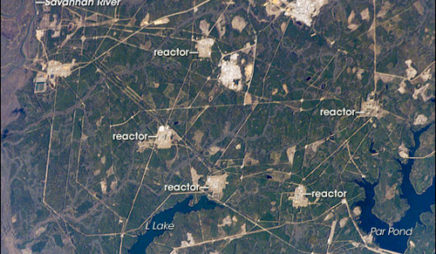 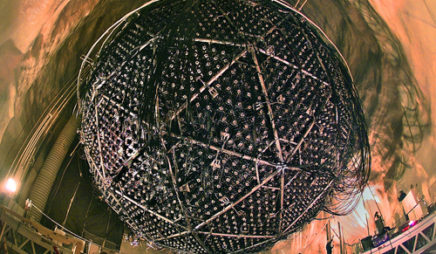 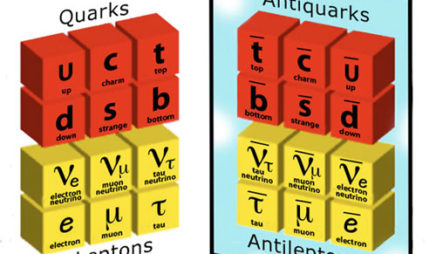 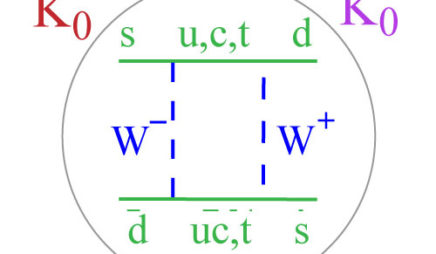 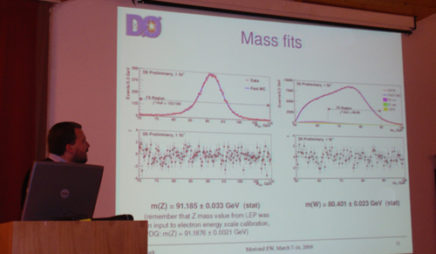