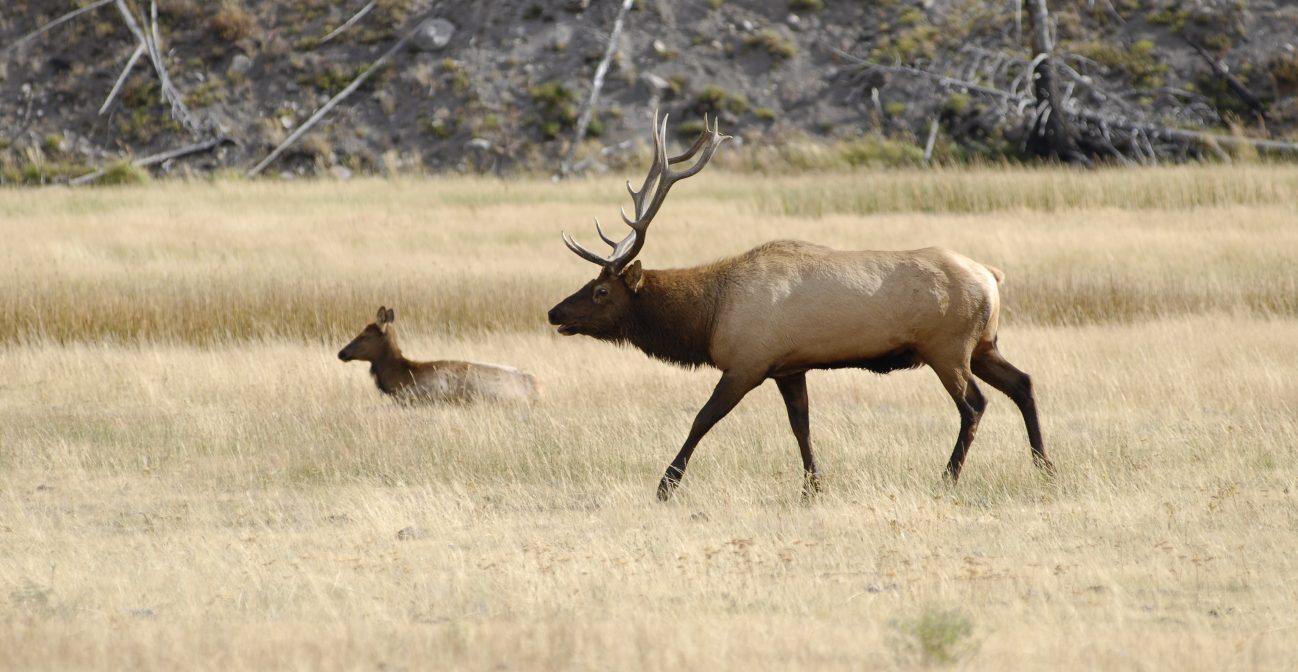 bioaccumulation
The increase in concentration of a chemical in organisms that reside in environments contaminated with low concentrations of various organic compounds.

carrying capacity
The number of individuals an environment can support without significant negative impacts to the given organism and its environment.

coevolution
Simultaneous evolution of two or more species of organisms that interact in significant ways.

competitive exclusion principle
The hypothesis stating that when organisms of different species compete for the same resources in the same habitat, one species will commonly be more successful in this competition and exclude the second from the habitat.

denitrification
Process of reducing nitrate and nitrite, highly oxidised forms of nitrogen available for consumption by many groups of organisms, into gaseous nitrogen, which is far less accessible to life forms but makes up the bulk of our atmosphere.

fundamental niche
The full range of environmental conditions (biological and physical) under which an organism can exist.

gross primary productivity (GPP)
The rate at which an ecosystem accumulates biomass, including the energy it uses for the process of respiration.

K-selected
Those species that invest more heavily in fewer offspring, each of which has a better chance of surviving to adulthood.

keystone species
A single kind of organism or a small collection of different kinds of organisms that occupy a vital ecological niche in a given location.

life history strategy
An organism’s allocation of energy throughout its lifetime among three competing goals: growing, surviving, and reproducing.

mimicry
Evolving to appear similar to another successful species or to the environment in order to dupe predators into avoiding the mimic, or dupe prey into approaching the mimic.

mutualistic
Refers to an interaction between two or more distinct biological species in which members benefit from the association. Describes both symbiotic mutualism (a relationship requiring an intimate association of species in which none can carry out the same functions alone) and nonsymbiotic mutualism (a relationship between organisms that is of benefit but is not obligatory: that is, the organisms are capable of independent existence).

net primary productivity (NPP)
The rate at which new biomass accrues in an ecosystem.

niche partitioning
The process by which natural selection drives competing species into different patterns of resource use or different niches. Coexistence is obtained through the differentiation of their realized ecological niches.

nitrogen fixing
The conversion of nitrogen in the atmosphere (N2) to a reduced form (e.g., amino groups of amino acids) that can be used as a nitrogen source by organisms.

primary producers
Organisms that produce organic compounds from atmospheric or aquatic carbon dioxide, principally through the process of photosynthesis. Primary production is distinguished as either net or gross. All life on earth is directly or indirectly reliant on primary production.

r-selected
Species with a reproductive strategy to produce many offspring, each of whom is, comparatively, less likely to survive to adulthood.

species richness
A type of approach to assessing biodiversity that examines the distribution of all resident terrestrial vertebrates: amphibians, reptiles, birds, and mammals.

succession
A fundamental concept in ecology that refers to the more or less predictable and orderly changes in the composition or structure of an ecological community.

trophic cascades
Occur when predators in a food chain suppress the abundance of their prey, thereby releasing the next lower trophic level from predation (or herbivory if the intermediate trophic level is an herbivore). Trophic cascades may also be important for understanding the effects of removing top predators from food webs, as humans have done in many places through hunting and fishing activities.

trophic level
A feeding level within a food web.

Scientists from the Smithsonian Center for Tropical Research document the astounding abundance of diversity in tropical rainforests to discover why so many species coexist that are competing for the same resources. In North America, the Yellowstone Wolf Reintroduction project explores why removing just one species dramatically changed the distribution of plants and animals up and down the food web. 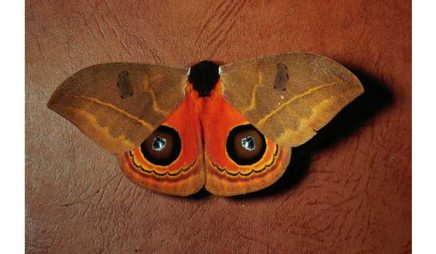 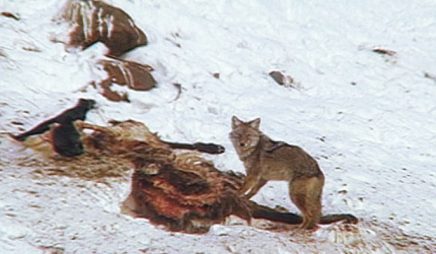 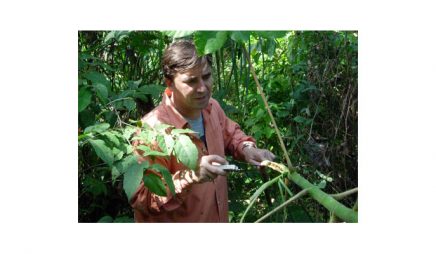 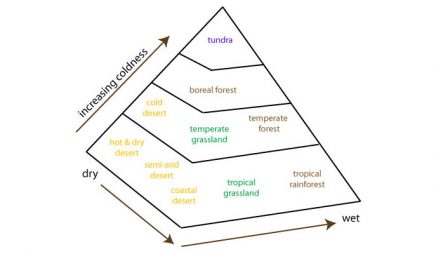 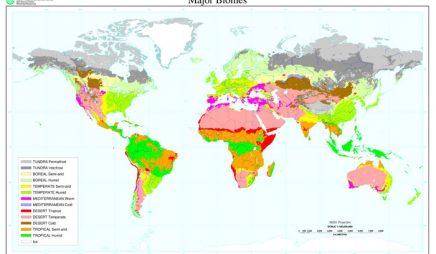 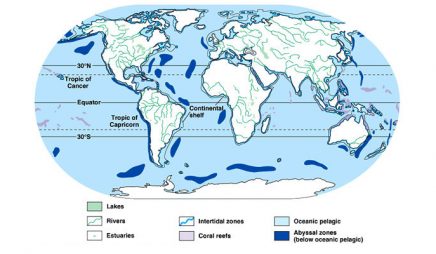 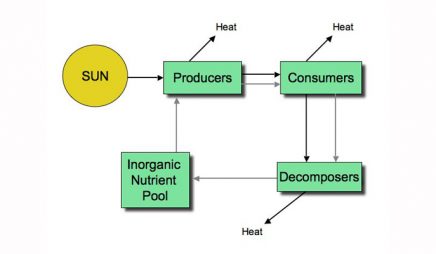 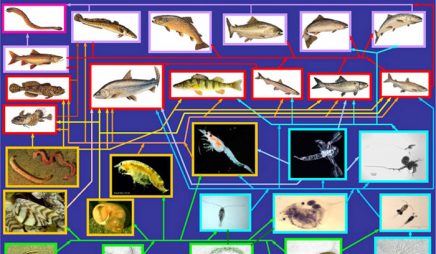 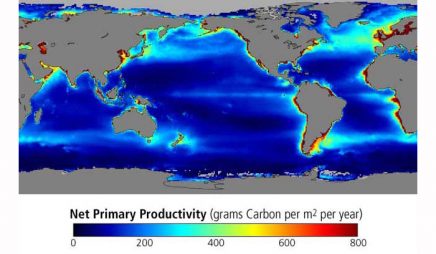 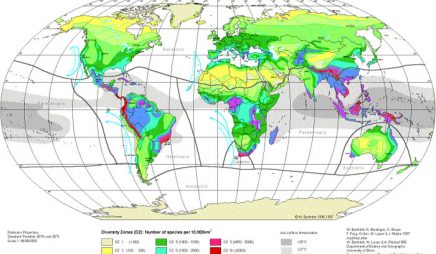 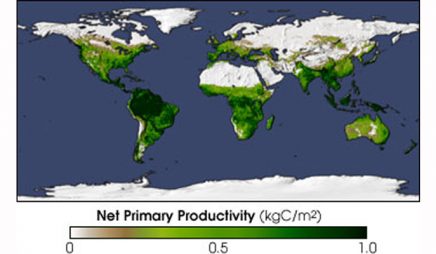 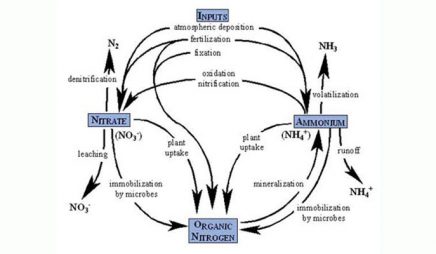 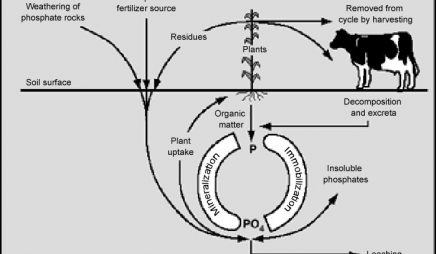 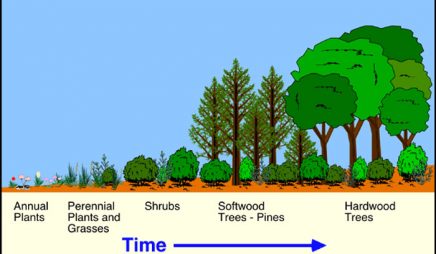