Daniel P. Schrag
Daniel Schrag is a professor of Earth and planetary sciences and environmental engineering at Harvard University and the director of the Harvard University Center for the Environment. Schrag studies climate and climate change over the broadest range of Earth history. Schrag received a B.S. from Yale in 1988. He majored in political science and geology, beginning an interest in science and policy that continues to this day. As a graduate student at Berkeley, Schrag was introduced to geochemistry and paleoclimatology through his work developing new methods for reconstructing ancient climates. After receiving his Ph.D. in 1993, Schrag taught at Princeton until 1997, when he moved to Harvard’s Department of Earth and Planetary Sciences. In his research, Schrag applies a variety of techniques from analytical chemistry to a wide range of Earth materials including trees, corals, and deep-sea sediments, using the data to understand the chemical and physical evolution of the atmosphere and ocean and the relationship to the evolution of life. He has studied the physical circulation of the modern ocean, focusing on El Niño and the tropical Pacific. He has worked on theories for Pleistocene ice-age cycles over the last few hundred thousand years. He helped develop the Snowball Earth hypothesis, proposing that a series of global glaciations occurred between 750 and 580 million years ago that may have contributed to the evolution of multicellular animals. He has also worked on the early climates of Earth and Mars nearly 4 billion years ago. He is currently working with economists and engineers on technological approaches to mitigating future climate change. Among various honors, Schrag was awarded a MacArthur Fellowship in 2000.

Chris Field
Chris Field is the founding director of the Carnegie Institution’s Department of Global Ecology, professor of biological sciences at Stanford University, and faculty director of Stanford’s Jasper Ridge Biological Preserve. His research emphasizes ecological contributions across the range of earth-science disciplines. Field and his colleagues have developed diverse approaches to quantifying large-scale ecosystem processes, using satellites, atmospheric data, models, and census data. They have explored global-scale patterns of vegetation-climate feedbacks, carbon cycle dynamics, primary production, forest management, and fire. At the ecosystem-scale, Field has, for more than a decade, led major experiments on grassland responses to global change, experiments that integrate approaches from molecular biology to remote sensing. Field’s activities in building the culture of global ecology include chairing the US National Committee for SCOPE (Scientific Committee on Problems of the Environment) and U.S. Interagency Science Steering Group on Carbon Cycle Science, plus service on many committees of the National Research Council and the International Geosphere-Biosphere Programme. Field was the lead author on the first Ecological Society of America (ESA)-Union of Concerned Scientists assessment of regional impacts of climate change on ecosystems (1999), which was a foundation for California’s first-in-the-nation law to regulate vehicle greenhouse gas emissions. He is currently a convening lead author for the fourth assessment report of the Intergovernmental Panel on Climate Change. Field is a fellow of the ESA Aldo Leopold Leadership Program and a member of the US National Academy of Sciences. He has served on the editorial boards of Ecology, Ecological Applications, Ecosystems, Global Change Biology, and the Proceedings of the National Academy of Science (PNAS). Field received his Ph.D. from Stanford in 1981 and has been at the Carnegie Institution since 1984. His recent priorities include high performance “green” laboratories, integrity in the use of science by governments, local efforts to reduce carbon emissions, and the future of scientific publishing. //Read Interview Transcript

Lonnie G. Thompson
Lonnie Thompson, a distinguished professor of geologic sciences at The Ohio State University and senior research scientist with the Byrd Polar Research Center, has become one of the world’s authorities on the melting of glaciers and ice caps as a warning of rising global temperatures. For the past three decades, Thompson, along with his wife and research partner Ellen Mosely-Thompson, has led an effort to first recognize that the shrinking of tropical glaciers and ice fields is an early warning of the impact of global climate change, and second, to rescue the remaining archives of ancient climate trapped in ice cores from those locations for future research. To rescue those records, Thompson and his team have conducted nearly 50 expeditions to some of the Earth’s most remote places, to drill ice cores and bring them back to Ohio State to extract those climate records. The expeditions, dating back to 1973, have taken him to Antarctica and numerous ice caps on five continents, some as high as 23,600 feet (7,200 meters). He is believed to have spent more time at altitudes above 18,000 feet (5,500 meters) than any other human. Thompson was elected to the National Academy of Science in 2005. In November 2005, he was featured in a Rolling Stone article on those fighting global climate change. Also in 2005, he was awarded the prestigious Tyler Prize for Environmental Achievement, an honor often regarded as the environmental science equivalent to the Nobel Prize. Through his research endeavors, Thompson is a leading national spokesman on the subject of global climate change and is considered one of the most respected voices in the world on related policy issues. Thompson obtained his undergraduate degree from Marshall University, where he majored in geology. He subsequently attended The Ohio State University where he received his M.S. and Ph.D. degrees. //Read Interview Transcript

Tropical glaciers are the world's thermometers; their melting is a signal that human activities are warming the planet. A California project tries to predict whether natural ecosystems will be able to absorb enough additional carbon dioxide from the atmosphere in the next 50 years to mitigate the full impact of human-induced greenhouse gas emissions. 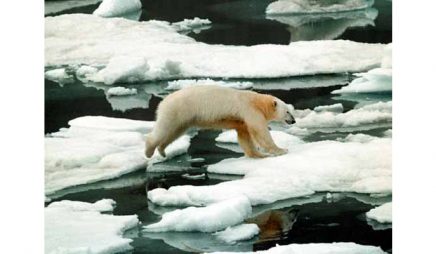 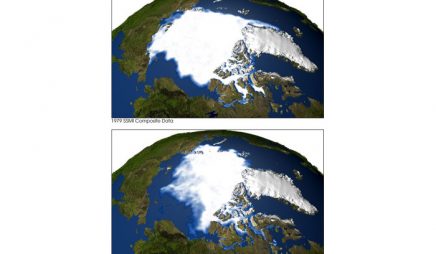 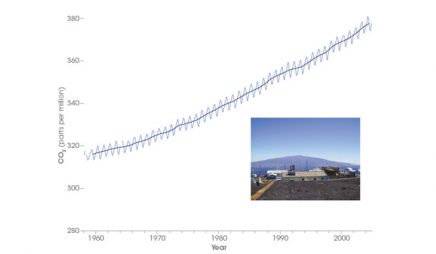 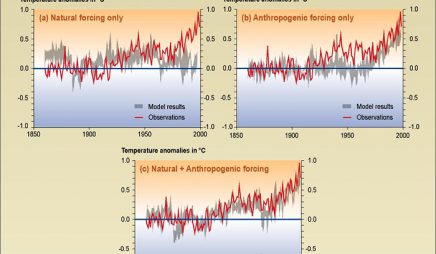 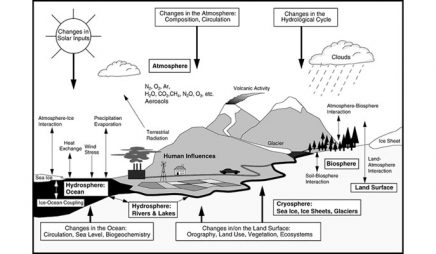 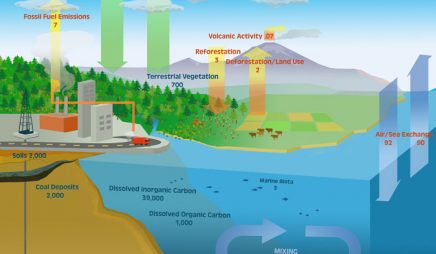 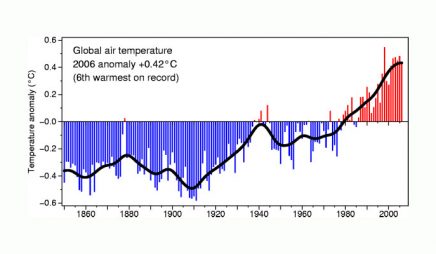 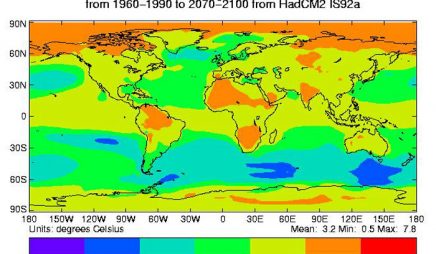 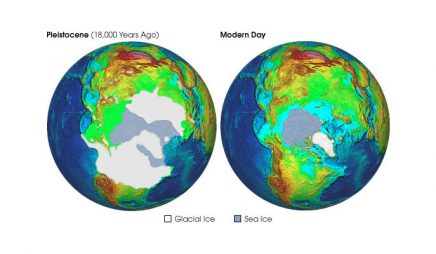 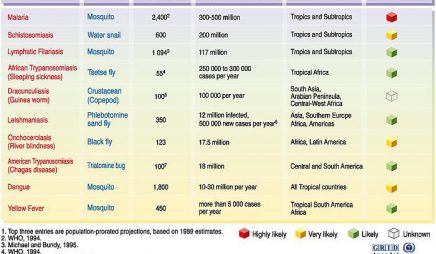 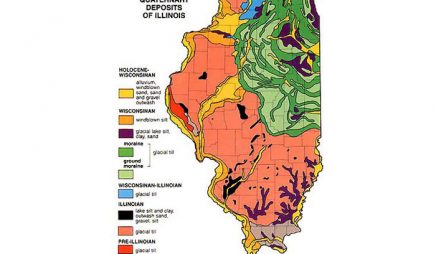 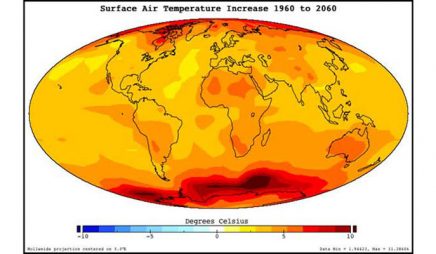 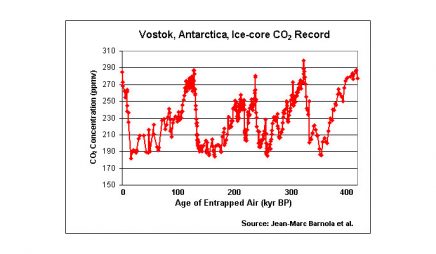 In this speech and accompanying slides, a leading U.S. climate scientist makes the case for action to slow global climate change.