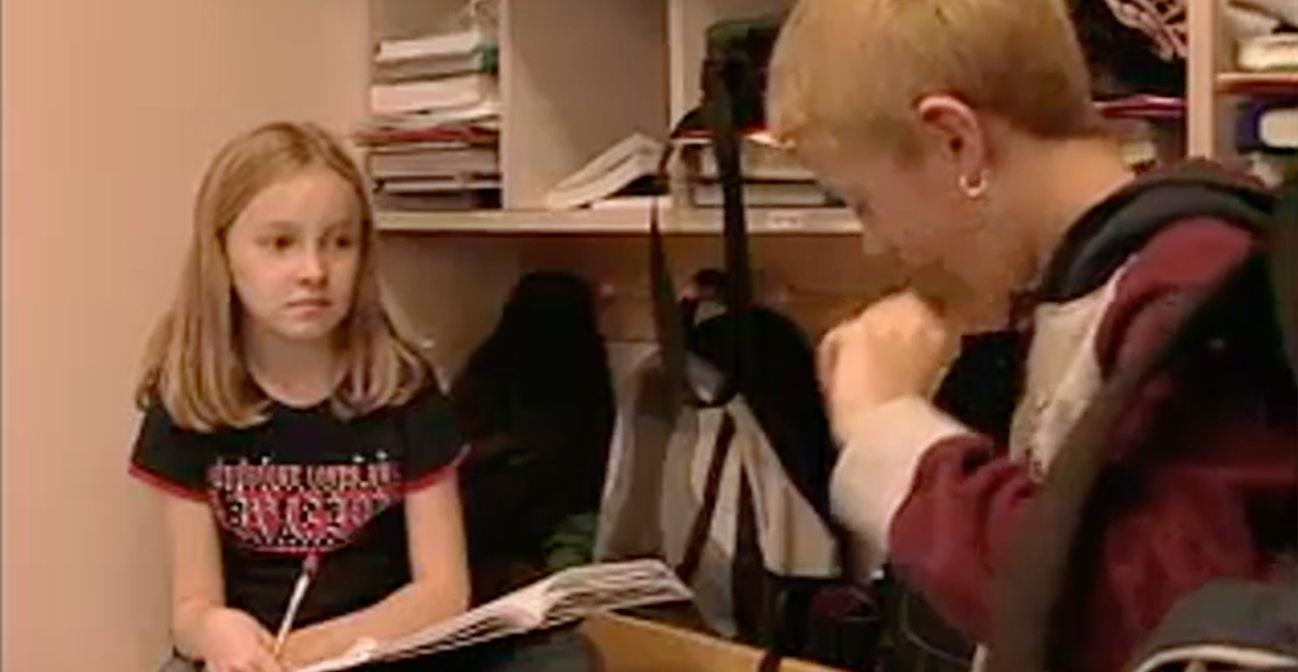 How can peer conferencing help students in grades 3-5 become better writers? In this workshop, you will examine the various forms peer response might take in a writing workshop, the importance of an authentic audience for written work, and how peer conferencing can enhance writing skills in grades 3-5. You will also explore teaching strategies for structuring peer conferences and helping students respond to each other appropriately and meaningfully.

What students value even more than the teacher’s perspective on their writing is their peer’s.

In this workshop you will explore how to:

Prepare for the Workshop

To prepare for this workshop, you will examine strategies you already use and read an article about peer conferencing.

What Do You Do?

Karen Smith, one of the experts featured in “Conversations Among Writing Peers,” says that it is validating for student writers to have peers “listen with all their heart and soul.”

Think about a time that another person — a peer or perhaps a teacher — read and evaluated your writing. Answer the following questions, jotting down your answers in your notebook:

Think about your teaching practice, specifically about ways in which you provide opportunities for students to read their written work aloud, receive feedback, and make revisions based on peer responses. Then answer the following questions, jotting down your answers in your notebook:

Print out the Examine the Literature Response Chart (PDF). Then read the article listed below, recording your ideas on the chart during and after reading. When you have finished, save your chart to submit as an assignment.

“Conversations Among Writing Peers” and “Peer Conferences” explore how teachers help students become effective conference partners for their peers. They feature commentary from experts on teaching writing at the elementary level, as well as classroom illustrations highlighting the practices of several teachers.

As you watch, look for the following key practices:

The teachers and experts appearing in “Conversations Among Writing Peers” have found that even young students can respond helpfully to each other’s writing when they are provided clear expectations and support, especially in their first attempts at conferencing. Read the following quote, consider your own students, and answer the questions below.

I think you get different results in peer conferences, depending upon whether you structure the response or not. Just as with anything else, some kind of structure is helpful, especially in the beginning, with students who are just learning how to respond.

The structure in peer conferencing can act like training wheels. The first thing it can do, just as training wheels do, is make it safe. It makes it safe for the writer to share if he or she knows that the first response is going to be a positive response, and then that there are going to be questions, and then they are going to have an opportunity to ask questions. But I would view it as exactly that — as a type of training wheels. And when you feel that students get it, that they feel safe in the conferencing and they feel good about the kind of feedback they’re getting and they’re able to receive it, then you can remove the training wheels.

And once the training wheels are removed, the structure of the conferences can be negotiated based on what the writer feels he or she needs to hear to take the next steps with a paper and what the students listening to the writing feel is important.

Reflect on the excerpt from Jack Wilde and consider your own students. Then write your answers to the questions below in your notebook. If you are working in a group, share your responses.

In this interactive, you will watch a video of two authentic peer conferences. As you watch, consider these questions:

After recording your responses, you can compare your evaluation of the conferences to another teacher’s.

Put It Into Practice

The videos, activities, and readings in this workshop illustrate effective practices for helping students respond to one another as writers. Now apply what you have learned to modify or develop your own peer conference protocol.

After experimenting with the strategy in your classroom, describe what worked and what didn’t work, any changes you would make to the strategy or to teaching the strategy to your students, and whether or not you plan to use the strategy again.

Reflect on Your Learning

What Did You Learn?

Summarize what you have learned about peer conferencing from the experts’ statements, classroom examples, and the readings and activities in this workshop. Use the questions below to guide your thinking. When you have finished, save your written summary to submit as an assignment.

National Council of Teachers of English
NCTE provides research, teaching resources, and articles for teaching writing at all levels.

This classic addresses every aspect of the writing workshop, including topic choice; teacher conferences; peer response; writing across the curriculum; and revision, editing, and publication.

A long section on peer conferencing and response in the writing classroom is included in this book.

One of the seminal works in writing instruction, this inspirational text includes the “Receiving the Piece” protocol.

This case study explores how the authors (both teachers at the same school) returned to their roots as writing workshop teachers and re-inspired their students to write.

This book examines the author’s teaching practices and includes many examples of student writing in a variety of genres.

Karen is currently an associate professor in the education department of Arizona State University. She spent 20 years as a teacher in a multilingual, combined fifth- and sixth-grade classroom. Prior to her position at ASU, she served as Associate Executive Director at the National Council of Teachers of English. She has written numerous articles and a book chapter, “Enhancing the Literature Experience Through Deep Discussions of Character,” from What a Character, published by the International Reading Association.

Jack retired in 2005 after more than 35 years teaching first through fifth grade, most recently in Hanover, New Hampshire. He has two master’s degrees: a master’s of arts in liberal studies from Dartmouth College with a concentration in math and science, and a master’s in education from the University of Toronto. Jack has been a workshop presenter and college-level writing instructor at various institutions including the University of New Hampshire. He is author of A Door Opens: Writing in Fifth Grade.

Located in the suburbs of Phoenix, Zaharis Elementary’s student population of 780 is predominantly Caucasian (83 percent). Virtually everyone at the school — students, teachers, administrators, and support staff — keeps a writer’s notebook.

Lindsay Dibert has been teaching fifth grade for the past six years. She has served on technology and distance learning teams for the Timberlane Regional School District. Lindsay earned her bachelor’s degree in elementary education from Bowling Green State University in Ohio and her M.S.T.E. from the University of New Hampshire.

Danville is a small town in southern New Hampshire, and Danville Elementary is one of five elementary schools in the Timberlane Regional school district. The school enrollment is nearly 400, and 96 percent are Caucasian.

A 22-year teaching veteran, Silvia Edgerton has worked with students ranging in age from 6 to 14. She received her bachelor’s degree from Arizona State University. A second language learner herself, Silvia leads reading and writing workshops for parents of Herrera School students.

Located in the urban core of Phoenix and among the poorest districts in the nation, Herrera is a fine arts magnet school with a comprehensive arts curriculum. Predominantly Hispanic (93 percent), 44 percent of the students are second language learners. The school has a two-way bilingual immersion program in which non-Spanish-speaking students are learning Spanish and native Spanish speakers are learning English.

One way to provide an authentic audience for young writers is to have them share their work with each other. This program shows how teachers help students respond to their peers by modeling appropriate behavior and teaching protocols for student responses.

Workshop 1 Building a Community of Writers

Workshop 8 Writing Across the Curriculum