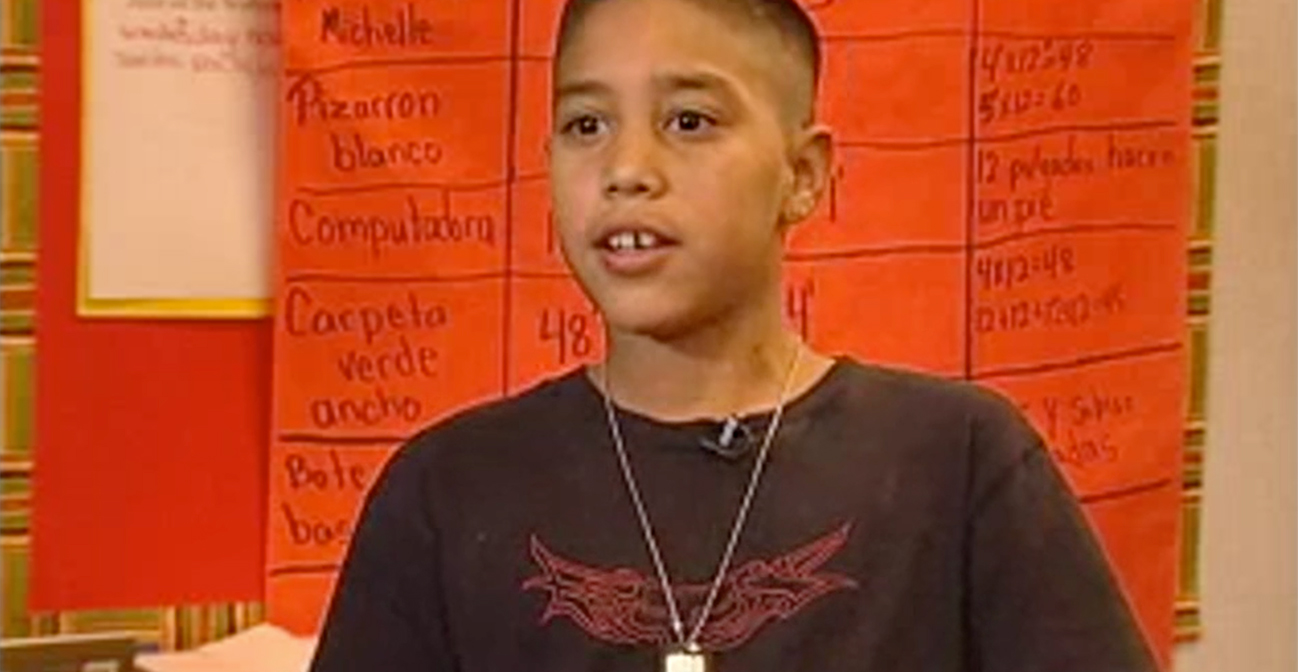 How can you help your students understand the value of revision and use what they know to improve their own writing? In this workshop, you will discover why students in the middle grades can be reluctant to revise, help them better understand the purpose of revision, and teach revision strategies they can use.

A lot of times it’s hard to know what to do during revision because you don’t have a vision to start with.

— Katie Wood Ray, consultant and author or co-author of five books on teaching writing, including The Writing Workshop: Working through the Hard Parts (And They’re All Hard Parts)

In this workshop you will explore how to:

Prepare for the Workshop

To prepare for this workshop, you will examine the strategies you already use and read two articles about revision.

What Do You Do?

In How Writers Work, Ralph Fletcher writes, “I think of revision as ‘story surgery,’ a time when I roll up my sleeves and make the dramatic changes necessary to make my words sing to the tune I want.” Even the most experienced writers revise their work and initiate the changes they want to make. For student writers, however, this self-direction may not come naturally. Instead, they make writing choices based on what they think the teacher wants.

Think of a recent writing assignment and your students’ attitudes toward revision. Then answer the following questions in your notebook:

Print out the Examine the Literature Response Chart (PDF). Then read each article listed below, recording your ideas on the chart during and after reading. When you have finished, save your chart to submit as an assignment.

The Writer’s Toolbox: Five Tools for Active Revision Instruction (PDF)
Barry Lane’s book After THE END: Teaching and Learning Creative Revision gives teachers classroom ready examples and lessons to teach revision concepts. In this article, a teacher shares a “writer’s toolbox” she developed based on the five revision “tools” discussed in Lane’s book: Questions, Snapshots, Thoughtshots, Exploding a Moment, and Making a Scene.

“Learning To Revise” and “Modeling Revision” explore common issues in teaching revision to upper elementary students and specific strategies to help students revise their writing. They feature commentary from experts on teaching writing at the elementary level as well as classroom illustrations highlighting the practices of several teachers.

As you watch, look for the following key practices:

Sometimes a simple strategy can help students to realize that they can change what they’ve written and be willing to revise a piece they feel is finished. Read the following quote, consider your own students, and then answer the questions that follow.

One of the things we have to do is to realize for ourselves that there are ways of revising while the piece is being written; that revision doesn’t just have to happen at the end. One of the ways that I get my kids to revise at the beginning is to write two or three different leads, two or three different beginnings. By just having them do that simple step, they begin to acknowledge that text is malleable and they can start to see the results of treating it as malleable, like writing a better beginning.

What Do Revision Choices Reveal?

This activity is designed to help you discover your students’ growth as writers by the revisions they make in their writing pieces. You will see two pieces of authentic student writing — a poem and a personal narrative — as they evolved through multiple drafts, and observe how the changes reflect the revision strategies the students learned and applied.

Put It Into Practice

The videos, activities, and readings in this workshop illustrate effective practices for helping students understand the purpose and benefit of revision. Now apply what you have learned to create a reviser’s toolbox.

Create your own reviser’s toolbox using some of the ideas you learned in the workshop and in the videos, combined with practices you currently use. List each strategy in your toolbox and describe the following:

After experimenting with the strategy in your classroom, describe what worked and what didn’t work, any changes you would make to the strategy or to teaching the strategy to your students, and whether or not you plan to use the strategy again.

Reflect on Your Learning

What Did You Learn?

Summarize what you have learned about teaching revision from the experts’ statements, classroom examples, and the readings and activities in this workshop. Use the questions below to guide your thinking. When you have finished, save your written summary to submit as an assignment.

National Council of Teachers of English
NCTE provides research, teaching resources, and articles for teaching writing at all levels.

The A to Z of Alternative Words (PDF)
This site lists hundreds of plain English alternatives to pompous words and phrases that litter writing.

Document Checklist for Plain Language
This link is a handy checklist to see if your writing meets plain language standards, i.e., is written for the average reader, is organized to serve the reader’s needs, uses active voice, etc.

Nine Easy Steps to Longer Sentences
This page is a tongue-in-cheek lesson on “how to get rid of short, direct, and simple sentences.”

This book provides playful and practical suggestions for effective revision.

This book offers lessons on how to teach revision concepts to students.

A Door Opens examines the author’s teaching practices, including many examples of student writing in a variety of genres.

Katie Wood Ray, Ph.D.
Katie is a full-time writer and researcher on the teaching of writing. With a particular focus on the study of writing craft, she leads teacher workshops and summer institutes across the nation related to the teaching of writing. Her professional background includes both elementary and middle school teaching experience; eight years as an Associate Professor of language arts education at Western Carolina University; and two years as a staff developer at The Reading and Writing Project, Teachers College, Columbia University. Katie is also the author or co-author of numerous articles in professional publications and five books on the teaching of writing, including Wondrous Words: Writers and Writing in the Elementary Classroom(1999, NCTE) and The Writing Workshop: Working Through the Hard Parts (And They’re All Hard Parts) (2001, NCTE).

Charles Whitaker, Ph.D.
Charles is a retired professor of English at Eastern Kentucky University where he has been recognized as an EKU Foundation Professor. He has taught writing for more than 30 years, including graduate courses in composition studies, and has published articles and a textbook on teaching writing. For the past 20 years he has directed two National Writing Project sites in Kentucky. Charles worked closely with the Kentucky Department of Education to develop the state’s Program of Studies in English/Language Arts.

Jack Wilde
Jack retired in 2005 after more than 35 years teaching first through fifth grade, most recently in Hanover, New Hampshire. He has two master’s degrees: a master’s of arts in liberal studies from Dartmouth College with a concentration in math and science, and a master’s in education from the University of Toronto. Jack has been a workshop presenter and college-level writing instructor at various institutions including the University of New Hampshire. He is author of A Door Opens: Writing in Fifth Grade.

Sheryl Block has been teaching for 26 years, the first 9 years in special education. Since 1990, Sheryl has provided professional development training in writing instruction in her own district and throughout Kentucky. She is a member of the Kentucky Department of Education Writing Advisory Committee and the Scoring Accuracy Team. She also serves as a writing cluster leader for the north-central region in Kentucky.

Located in a rural, agricultural community, Simpsonville Elementary places a high priority on writing instruction — the principal received the Patronus Award, the highest honor given by the Louisville Writing Project (a National Writing Project affiliate). Although the students are primarily Caucasian, Simpsonville has a growing Hispanic population, higher than the state average.

A 22-year teaching veteran, Silvia Edgerton has worked with students ranging in age from 6 to 14. She received her bachelor’s degree from Arizona State University. A second language learner herself, Silvia leads reading and writing workshops for parents of Herrera School students.

Located in the urban core of Phoenix and among the poorest districts in the nation, Herrera is a fine arts magnet school with a comprehensive arts curriculum. Predominantly Hispanic (93 percent), 44 percent of the students are second language learners. The school has a two-way bilingual immersion program in which non-Spanish-speaking students are learning Spanish and native Spanish speakers are learning English.

Nicole Outsen has been teaching at the elementary level since 1996. She began her teaching career in New York City, and has been teaching at North Hampton School since 2001. Nicole presents workshops on reading and writing for the University of New Hampshire Department of Continuing Education and is the author of Teaching Comprehension Strategies All Readers Need: Mini-Lessons That Introduce, Extend, and Deepen Reading Skills and Promote a Lifelong Love of Literature (Scholastic, 2002). She received her bachelor’s degree in English from Barnard College, Columbia University. She earned her master’s degree in Teacher Leadership from the University of New Hampshire.

Located in a small town with a population under 5,000, North Hampton School serves 481 students in preschool through the eighth grade. The school received a Blue Ribbon Award from the No Child Left Behind Blue Ribbon Schools. North Hampton emphasizes world languages, multiple assessment tools, individualization, and service learning. The majority of the students (97 percent) are Caucasian.

For elementary-age children, revision is often new and challenging. This program shows how teachers overcome students' resistance to changing their writing by providing concrete and effective revision strategies.

Nicole Outsen guides her fifth-grade students through revising an introduction to a newspaper article. She uses her own research notes to model the thinking and decision-making that writers do.

Supplementary: The A to Z of Alternative Words (PDF)

The A to Z of Alternative Words (PDF)

Workshop 1 Building a Community of Writers

Workshop 8 Writing Across the Curriculum