Today’s genomics research has shifted from a sheer effort to catalogue genes to one of determining their functions, regulation, and expression. This unit explores the techniques being used, such as microarray technology, animal “knockout” studies, and novel sequencing techniques. The unit also touches on the many related ethical issues at hand.

Online Textbook
The online textbook chapters support and extend the content of each video. The Web version can be viewed as a full chapter or as individual sub-sections, and includes links to glossary terms and other related material.

Animations and Images
Explore the archive of animations, images and figures from the videos and online textbook. All of the images can be viewed online or downloaded as jpg files.

Expert Interview Transcripts:
Read profiles of the expert scientists featured in the video and find the complete transcripts of the interviews conducted for this unit.

The Human Genome Project
Sequencing a Genome
Finding Genes
Is the Eukaryotic Genome a Vast Junkyard?
The Difference May Lie Not in the Sequence but in the Expression
Determining Gene Function from Sequence Information
The Virtues of Knockouts
Genetic Variation Within Species and SNPs
Identifying and Using SNPs
Practical Applications of Genomics
Examining Gene Expression
Ethics
Epilogue

cDNA
Also known as complementary DNA. DNA produced by reverse transcribing mRNA. It has the same sequence as the mRNA (except that a U is replaced by a T).

Clone-based sequencing
A genomic sequencing strategy that is based on a hierarchical approach: it uses mapping, cloning of large DNA fragments and small DNA fragments, in plasmids to organize the sequenced fragments of DNA into a single complete sequence.

CLUSTAL
A computer program that aligns conserved regions in multiple the DNA or protein sequences. Used to determine the evolutionary relationships among genes or proteins.

DNA fingerprint (DNA profile)
Nucleotide sequence variants that are characteristic of an individual, and can be used as a unique identifier of that individual.

Exon
The sequence of a gene that encodes a protein. Exons may be separated by introns.

Haplotype
Particular patterns of SNPs on a chromosome that are inherited together as a block.

Homologous (homology)
Similarity of features of organisms due to shared ancestry.

Intron
The DNA sequence within a gene that interrupts the protein-coding sequence of a gene. It is transcribed into RNA but it is removed before the RNA is translated into protein.

Microarray chip
Set of miniaturized biochemical reactions that occur in small spots on a microscope slide, and may be used to test DNA fragments, antibodies, or proteins.

Polymorphism
The presence of two or more variants of a genetic trait in a population.

Protein motif
A pattern of amino acids that is conserved across many proteins and confers a particular function on the protein.

Synonymous mutation (silent mutation)
A change in a nucleotide in the DNA sequence that does not result in a change in the amino acid in the protein.

Transposable element
A type of DNA that can move from one chromosomal location to another.

Whole genome shotgun sequencing
A genomic sequencing strategy that is based on cloning and sequencing millions of very small fragments of DNA and then using computer programs to align the sequences together.

BLAST Search
A depiction of what happens in a BLAST search in the GenBank database.
View Quicktime Movie

Haplotypes
A brief description of the concept of a haplotype.
View Quicktime Movie

Microarray Experiment
A depiction of a typical microarray experiment to discover which genes are expressed in a given sample.
View Quicktime Movie

Articles
Adams, A. 2002. Prospecting for gold in genome gulch. The Scientist
16:36–38. Modern-day bioprospectors combine association, functional, and gene expression data to stake their claims in the rich veins of human DNA.

Friend, S. H., and R. B. Stoughton. 2002. The magic of microarrays.
Scientific American 286:44–53. DNA microarrays could hasten the day when custom-tailored treatment plans replace a one-size-fits-all approach to medicine.

Kling, J. 2002. Speed-reading the genome. The Scientist 16:49.
With a novel approach, US Genomics shoots for viable, real-time genomic sequencing.

The online textbook chapters support and extend the content of each video. The Web version can be viewed as a full chapter or as individual sub-sections, and includes links to glossary terms and other related material. 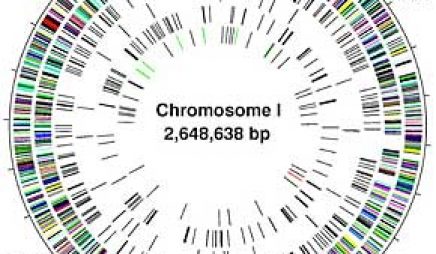 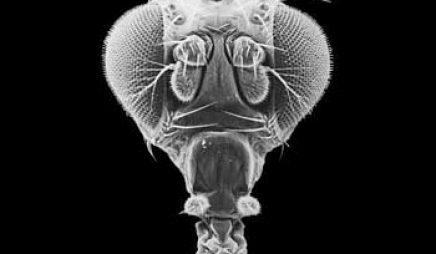 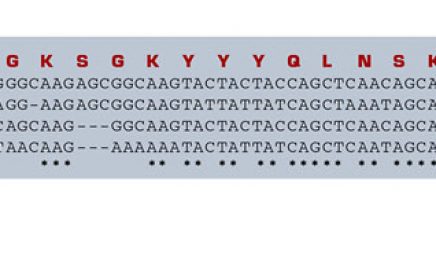 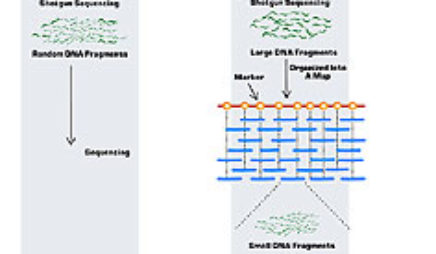 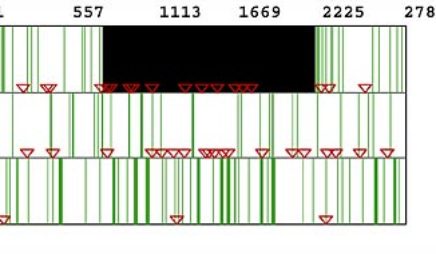