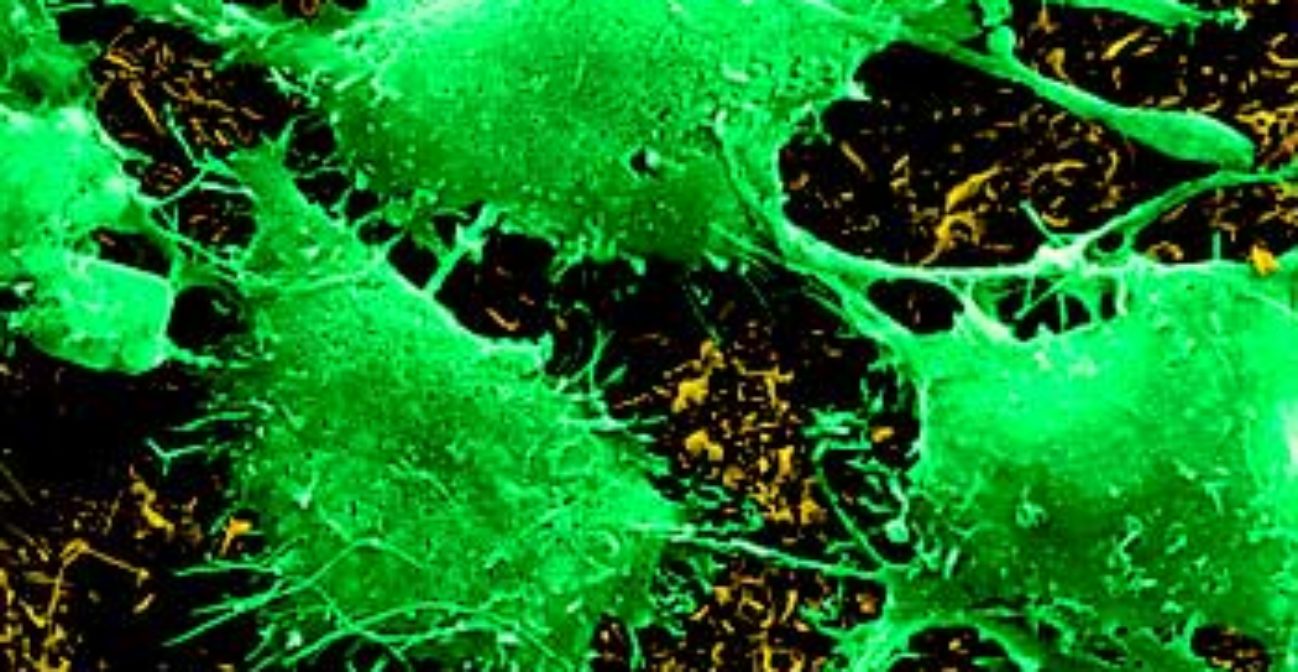 Cancers, though studied for decades, continue to amaze researchers with their complexity. This unit reveals new information on normal cell function, proto-oncogenes and tumor suppressor genres, current research in drug design, as well as an overview of tumor biology and angiogenesis.

Anaplastic
A term used to describe cancer cells that divide rapidly and have little or no resemblance to normal cells.

Angiogenesis
Blood vessel formation. Tumor angiogenesis is the growth of blood vessels from surrounding tissue to a solid tumor. This is caused by the release of chemicals by the tumor.

Apoptosis
A normal series of events in a cell that leads to its death. Also called programmed cell death.
CA 125
A substance sometimes found in an increased amount in the blood, other body fluids, or tissues and that may suggest the presence of some types of cancer.
Chemoimmunotherapy
Chemotherapy combined with immunotherapy. Chemotherapy uses different drugs to kill or slow the growth of cancer cells; immunotherapy uses treatments to stimulate or restore the ability of the immune system to fight cancer.
Cyclin-dependent kinases
Proteins that transfer a phosphate from ATP to a number of proteins that control steps in the cell cycle.
Cyclins
Proteins that form complexes with cyclin-dependent kinases to control various steps in the cell cycle.
Dysplasia
Cells that look abnormal under a microscope but are not cancerous.
Hyperplasia
An abnormal increase in the number of cells in an organ or tissue.
Oncogene
An altered form of a gene that normally directs cell growth. Oncogenes can promote or allow the uncontrolled growth of cancer. Alterations in a proto-oncogenes resulting in an oncogene can be inherited or caused by an environmental exposure to carcinogens.
Phytochemicals
Chemicals found in plants. Many of these chemicals are thought to reduce a person’s risk of getting cancer.
Prostate-specific antigen (PSA)
A substance produced by the prostate that may be found in an increased amount in the blood of men who have prostate cancer, benign prostatic hyperplasia, or infection or inflammation of the prostate.
Proto-oncogene
A gene that normally directs cell growth; if altered it may become an oncogene.
Radioimmunotherapy
Treatment with a radioactive substance that is linked to an antibody that will attach to the tumor when injected into the body.
Signal transduction pathway
A series of events controlled by signal molecules that bind to membrane proteins which, in turn, activate cytoplasmic proteins that ultimately activate transcription factors.
Telomerase
An enzyme that replaces the repeat sequences at the ends of chromosomes that are lost during chromosome replication.
Telomeres
The ends of chromosomes containing repeat sequences; these ends are shortened each time the chromosome replicates.
Transcription factor
A protein that influences transcription of another gene by binding to DNA.

Excellent information on the causes of cancer, genetic tests for predisposition to cancer, ethics, and genetic counseling.

An outline of several approaches to controlling cancer.

Gene silencing by methylation rather than by gene mutation may create some cancer cells.

Evidence for the importance of lifestyle in preventing cancer.

Discussion of a class of drugs that helps to prevent angiogenesis.

How researchers have deciphered the role of DNA damage repair in cancer. 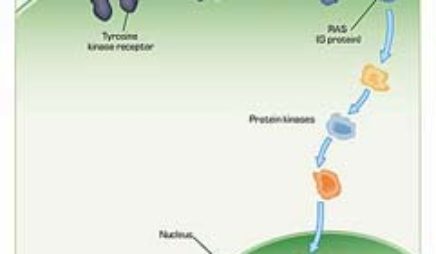 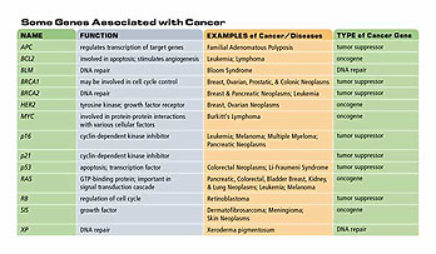 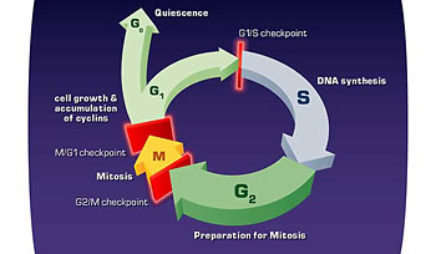 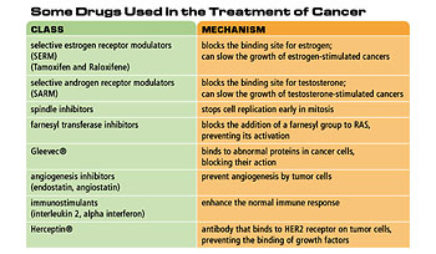 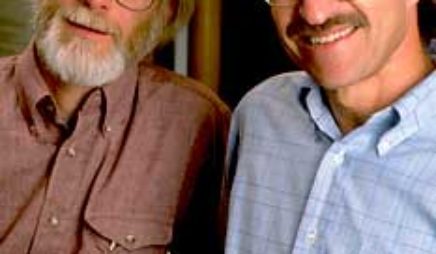 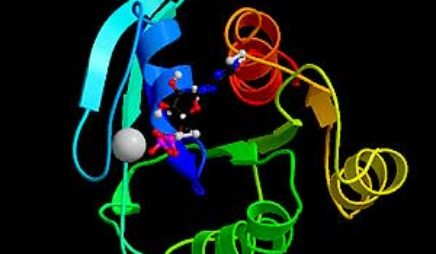 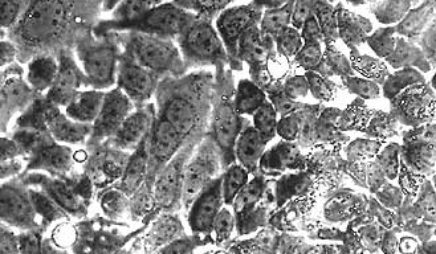 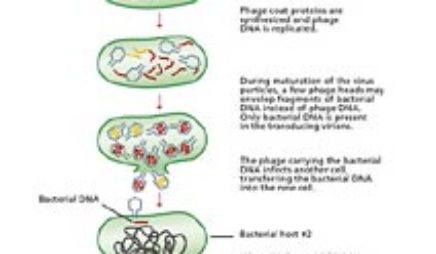