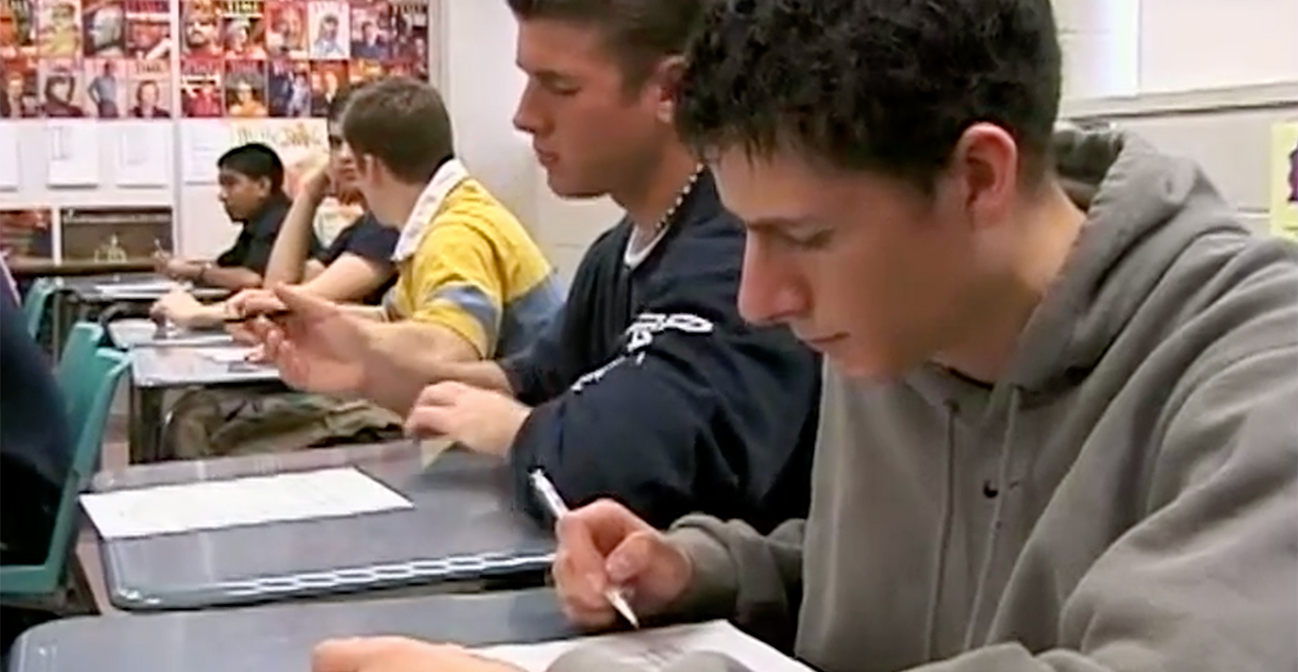 Johnson and Johnson have pioneered research on cooperative learning. In this article they provide further guidance on the debate method used by JoEllen Ambrose in this lesson… read more below

by David Johnson and Roger Johnson, University of Minnesota Center for Cooperative Learning

What Is Academic Controversy?
Controversy exists when one person’s ideas, information, conclusions, theories, and opinions are incompatible with those of another, and the two seek to reach an agreement (Johnson and Johnson, 1995). Controversies are inherent in both academic content (intellectual issues exist in every academic discipline and subject area) and cooperative groups (members have different ideas, opinions, and conclusions as they are working together to complete assignments and master learning).

Academic controversy is the instructional use of intellectual conflict to promote higher achievement and increase the quality of problem solving, decision making, critical thinking, reasoning, interpersonal relationships, and psychological health and well-being. To engage in an academic controversy, students must research and prepare a position, present and advocate their position, refute opposing positions and rebut attacks on their own position, reverse perspectives, and create a synthesis that everyone can agree to.

Why Use Academic Controversy?
There is considerable research evidence validating the use of academic controversy (Johnson and Johnson, 1989, 1995). The positive outcomes for students can be classified into three broad areas:

The controversy procedure consists of five steps (Johnson and Johnson, 1995):

The Role of Academic Controversy in the Cooperative School
A cooperative school is a conflict-positive organization that teaches students how to manage conflict constructively (Johnson and Johnson, 1994, 1995). To do so (a) a cooperative context must be established, which can be accomplished by using cooperative learning most of the day, (b) academic controversies must be structured in the classroom to maximize learning from intellectual issues and enable students to practice conflict skills daily, and (c) all students must be taught peacemaking procedures so that they can negotiate their interpersonal conflicts and mediate the conflicts of schoolmates when necessary.

Produced by State of the Art, Inc., in collaboration with the National Council for the Social Studies and the Center for Civic Education. 2003.

Ninth-grade civics teacher Kristen Borges involves her students at Southwest High School in Minnesota in a simulation of a U.S. Supreme Court hearing on a First Amendment case. Students assume the roles of Supreme Court justices, attorneys for the school district, and attorneys for the families. They first work in groups to prepare for the hearing, then participate in the hearing, and finally, debrief their experiences and write short papers stating their positions on the case. The methodologies highlighted in this lesson include questioning strategies and mock trials.

This program shows the conclusion of a 12-week civic engagement unit developed by the national Student Voices program. José Velazquez's 12th-grade students at University High School in New Jersey divide into small groups to brainstorm and research community issues, prioritize the issues on the basis of what they have learned, present their findings to the class both orally and through a visual presentation, and develop a whole-class consensus on a youth agenda that they present to the mayoral candidates in a televised question-and-answer forum. The methodologies highlighted in this lesson include issue identification and consensus building.

Leslie Martin's ninth-graders at West Forsyth High School in North Carolina create, present, revise, and defend a federal budget, and then reflect on what they have learned. After assuming the roles of the President and his or her advisors to create a federal budget, students are introduced to the actual 2001 federal budget, and in a whole-class discussion, discuss some key concepts involved in creating it. Next, students return to cooperative learning groups, revise their budgets based on what they learned, present their revised budgets, and simulate a Congressional hearing. This lesson highlights the integration of teacher-directed instruction with small-group work.

Matt Johnson teaches an AP Comparative Government class to seniors at Benjamin Banneker Senior High School in Washington, DC. In this lesson, his 12th-grade students create a constitution for a hypothetical country called Permistan. Matt Johnson uses this lesson to help students review for their final exam and the AP exam by having them draw on what they have learned during the semester about international governments. Students work in cooperative learning groups to discuss and debate issues relating to the executive and legislative branches of government. The lesson closes with a simulation of a constitutional convention. Simulation is the primary methodology highlighted in this lesson.

The students in this program are seniors at the Duke Ellington School of the Arts, a public magnet school in Washington, DC. In this lesson, U.S. government teacher Alice Chandler has her students create a Museum of Patriotism and Foreign Policy. The lesson alternates between whole-class discussion and small-group committee work as students create a gallery for the museum using their respective arts concentration as the medium. The lesson concludes with students presenting their gallery contributions in dance, music, theatrical performances, and visual presentations, along with rationales for their selections. This lesson highlights small-group work as a constructivist methodology.

This program shows a group of 11th- and 12th-grade students at Anoka High School in Minnesota engaging in service learning — a requirement for graduation. In this human geography class taught by Bill Mittlefehldt, students work in teams to define a project, choose and meet with a community partner who can help educate them about the issue and its current status, conduct further research, and present the problem and a proposed solution first to their peers, and then to a special session of the Anoka City Council. The primary methodology presented in this lesson is service learning.

In this 12th-grade law class at Champlin Park High School in Minnesota, JoEllen Ambrose engages students in a structured discussion of a highly controversial issue — racial profiling — and connects student learning both to their study of due process in constitutional law and police procedure in criminal law. Students begin by completing an opinion poll, which they discuss as a group. Students are then put into pairs in which they conduct research on the topic. Next, students participate in a debate in which each partnership argues both sides of the issue. A debriefing discussion completes the lesson. The methodologies highlighted in this lesson include role playing and structured academic controversy.

Workshop 8 Rights and Responsibilities of Students

Students in Matt Johnson's 12th-grade law course at Benjamin Banneker Senior High School in Washington, DC, engage in a culminating activity to help them review and apply what they have learned. Students write and distribute one-page briefs of Supreme Court cases they have studied. Next, students are assigned to small groups and given hypothetical cases related to student rights cases from the Supreme Court's 2001-2002 term. Students prepare their cases and present them to the Justices. Justices deliberate and present majority and dissenting opinions, after which the class discusses both the process and the disposition of the cases. This lesson highlights the use of case studies for synthesis and analysis.