In Search of the Novel

Professional Development > In Search of the Novel > 10. Ten Novelists 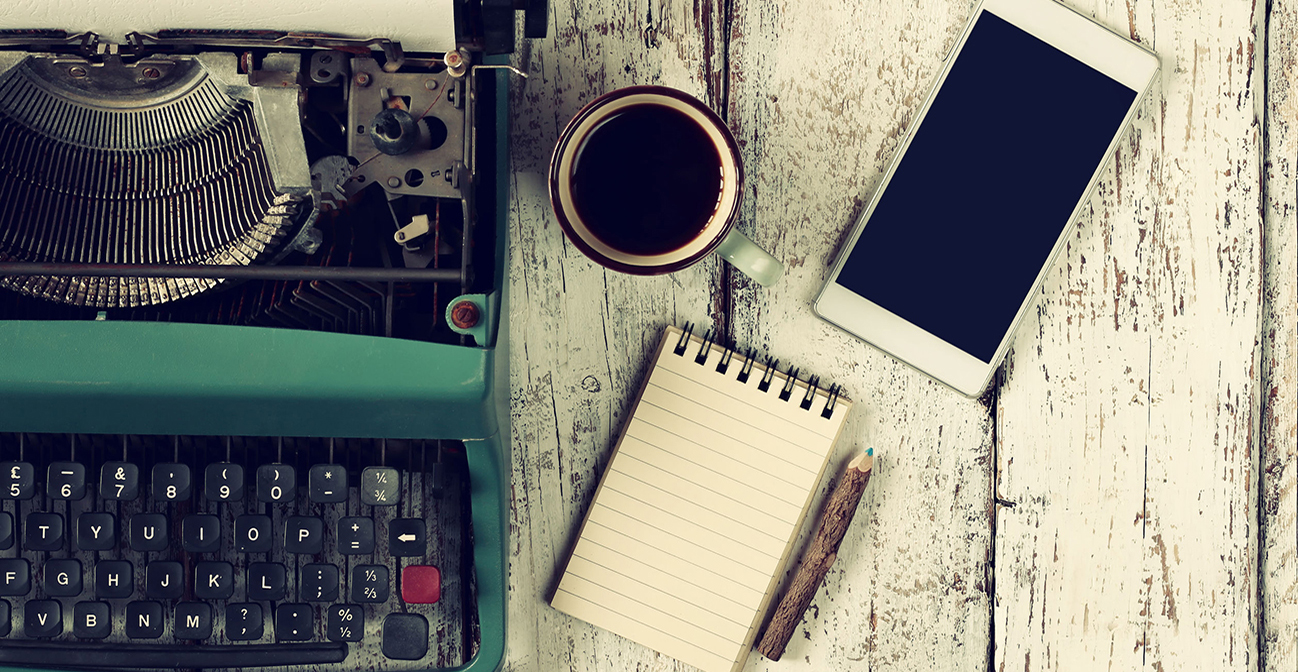 Albert Chinualumogu Achebe was born in 1930 in Ogidi, Nigeria. Since the 1950s, Nigeria has witnessed “the flourishing of a new literature.” Thirty years ago Chinua Achebe was one of the founders of this new literature, and over the years many critics have come to consider him the finest of the Nigerian novelists.

Achebe believes that our ancestors created their myths and told their stories for a human purpose and therefore “any good story, any good novel, should have a message…” Unlike some African writers struggling for acceptance among contemporary English-language novelists, Achebe has been able to avoid imitating the trends in English literature. Instead he has embraced the idea at the heart of the African oral tradition: that art is, and always was, at the service of man. Achebe’s feel for the African context has influenced his aesthetic of the novel as well as the technical aspects of his work. As Bruce King comments in Introduction to Nigerian Literature: “Achebe was the first Nigerian writer to successfully transmute the conventions of the novel, a European art form, into African literature.” In an Achebe novel, King notes, “European character study is subordinated to the portrayal of communal life; European economy of form is replaced by an aesthetic appropriate to the rhythms of traditional tribal life.”

Charles Dickens was an English novelist who was born in Portsmouth in 1812 and became one of the giants of literature. He wrote from his own experiences, especially those from his childhood when his father was imprisoned for debt and he was forced to work in a blacking warehouse. Among his most famous books are A Christmas Carol, A Tale of Two Cities, Great Expectations, and David Copperfield. Dickens started out in 1833 by writing sketches of London life for periodicals that were later published as Sketches by Boz. He went on to write burlesque sporting sketches that gave him early fame. Dickens’s novels appeared first in monthly installments and were later made into books. His imagination led to the creation of characters such as Mr. Pickwick, Uriah Heep, Miss Havisham, and Ebenezer Scrooge, all of whom have become household words. Charles Dickens married in 1836 and fathered ten children. He died in 1870, leaving a legacy of work that depicts the sights, sounds, and smells of London and the customs of his day.

Ernest James Gaines was born in 1933 on River Lake Plantation in Louisiana. He is the author of six novels including the widely acclaimed The Autobiography of Miss Jane Pittman. Gaines’s fiction deals exclusively with life in rural black America, specifically in the fictional town of Bayonne, Louisiana. His work explores universal themes such as the conflict between tradition and change, relationships between fathers and sons, and the importance of maintaining dignity. Gaines learned the art of storytelling firsthand in his home because it was filled with visitors who gossiped and told elaborate ghost stories and folktales. At fifteen, Gaines moved to Vallejo, California, where he spent hours in the library reading Willa Cather, Turgenev, and Chekhov. He also read novels dealing with life in the American South which he found “untrue and unreal.” In 1957 Gaines committed himself to the idea of becoming a professional writer in order to “truly write about what he knows and feels.” He studied creative writing at Stanford University on a Wallace Stegner Creative Writing Fellowship. Among his awards are the Joseph Henry Jackson Award and a John D. and Catherine T. MacArthur Foundation grant.

Daniel Keyes was born in Brooklyn, New York. He received a B.A. and an M.A. from Brooklyn College. He has been a merchant seaman, a ship’s purser, a fiction editor, and a high school English teacher. Flowers for Algernon was first published as a magazine story in 1960 and won a Hugo Award for best short fiction. It went on to win the Nebula Award for best science fiction novel, was made into an award-winning television drama, and won an Oscar for Cliff Robertson as Best Actor in the feature film adaptation, Charly.

Keyes is also the author of The Touch and The Minds of Billy Milligan. His most recent book, Algernon, Charlie and I: A Writer’s Journey, was published in February of 2000 in concert with the completion of a new made-for-television feature film entitled Flowers for Algernon.

Nelle Lee Harper was born on April 28, 1926—the youngest of four children. She attended Huntingdon College in Montgomery, Alabama, in 1944–45, studied law at the University of Alabama in 1945–49, and studied for one year at Oxford University. In 1957, Lee submitted a manuscript for To Kill a Mockingbird to J. B. Lippincott & Company and was told that it read like a series of short stories strung together. For two-and-a-half years she worked on it, and it was published in 1960. It is her only published book. In 1961, she had two articles published in Vogue and McCall’s. In 1966, Harper Lee was named by President Johnson to serve on the National Council of the Arts. She has received a number of honorary doctorates, including one given to her in 1990 by the University of Alabama and another from Spring Hill College in Mobile, Alabama in 1997 for her “lyrical elegance, her portrayal of human strength, and wisdom.” She was awarded the Presidential Medal of Freedom in 2007 for her contribution to literature. She does not speak or grant interviews on these occasions. It is said that she still plays golf and is working on her memoirs.

Toni Morrison (born Chloe Anthony Wofford) is a writer, teacher, and editor. Morrison was awarded the Nobel Prize in literature in 1993. Born in Lorain, Ohio in 1931, she received a B.A. in 1953 from Howard University and an M.A. from Cornell in 1955. She has taught English at many universities, including Texas Southern University, Howard, the State University of New York, and Princeton. In 1965 she became a senior editor for Random House in New York City. Her novels, which capture the drama of African American life, include The Bluest Eye (1970), Sula (1974), Song of Solomon (1977), and Beloved (1987), which won the Pulitzer Prize for fiction in 1988. Morrison was awarded the Nobel Prize in Literature in 1993.

Katherine Paterson was born in China in 1932 to missionary parents. She received a master’s degree in Bible and Christian education and was a teacher as well as a missionary in Japan. She is the author of more than twenty-five books and has established herself as the most celebrated of children’s book writers. Her books have been translated into 22 languages. Her awards include the National Book Award, the Newbery Medal, the Scott O’Dell Award for Historical Fiction, and the Hans Christian Andersen Medal. Among her most popular books are The Master Puppeteer, The Great Gilly Hopkins, Bridge to Terabithia, and Jacob I Have Loved. Mrs. Paterson lives in Vermont with her husband who is a Presbyterian minister. They have four children.

J. K. Rowling has little to say about herself. She is British. She declines most interviews. She is a single mother who began writing the first Harry Potter book to while away the time while waiting for a stalled train to be repaired. Harry Potter and the Sorcerer’s Stone was rejected several times by publishers before Bloomsbury Press, a small publishing house in England, decided to take a gamble and bought the publishing rights in 1997. Since then she has written six more Harry Potter books—making seven in all.

Mary Shelley’s life was filled with tragedy, from the death of her mother in childbirth to the drowning of her husband when she was about twenty-five. Her first child died soon after its birth. Throughout his life with her, Percy Shelley encouraged his wife to write. She did so in 1816 when she was in Switzerland with him. She developed and wrote Frankenstein for a contest involving ghost stories. After her husband’s death, Mary Shelley wrote Valperga, The Last Man, Lodore, and Falkner.
On February 1, 1851, Mary Shelley died. She was survived by one son, Percy Florence.

Born in 1948 in Albuquerque, New Mexico, of mixed ancestry—by her own description Laguna, Pueblo, Mexican, and white—Leslie Marmon Silko grew up on the Laguna Pueblo Reservation where members of her family had lived for generations and where she learned traditional stories and legends from female relatives. Silko’s first published book was the collection of poems Laguna Woman (1974), which draws richly upon her tribal ancestry. Silko has lived and taught in New Mexico and Alaska as well as Arizona; she currently resides in Tucson. Her much acclaimed novel Ceremony, the story of a Native American of mixed ancestry who returns as a veteran of World War II to his Laguna reservation, was published in 1977. Storyteller, drawing upon Native American myths and combining poetry, fiction, family history, and photographs, was published in 1981. Silko’s correspondence with the poet James Wright was edited after Wright’s death by his widow Anne Wright under the title The Delicacy and Strength of Lace (1986). Her most recent novels are Almanac of the Dead (1991) and Gardens in the Dunes (1999).

In Search of the Novel

Produced by the Educational Film Center. 2000.

1 Who Owns the Novel?

This workshop probes the living nature of the novel by illustrating how each reader makes a novel his or her own. It shows how the interpretation of a novel can change, depending on the reader's culture, class, generation, gender, and personality.

Many different ways of telling the story are discussed. What are the conflicts, the crises, and the resolutions? This workshop explores how an author spins a story and why it is the most important aspect of the novel.

Must a novel's setting and characters — and the characters' motivations and stories — bear some likeness to reality? This program explores how novels connect with readers. Teachers, students, and novelists probe the origins of stories.

4 Where Do Novels Come From?

This program explores the genesis of characters, plot, themes, and interpretation from the novelist's point of view. Participants examine the relationship between the novel and the objective reality from which it may spring.

5 Why Do I Have To Read This Book?

The qualities of the ten novels chosen are explored to see why they appear on recommended reading lists and what makes them award winners. The program also looks at the essential elements of good writing and storytelling.

A novel can transport readers to other places and times, real or imaginary, allowing them to meet people and experience life in many different ways.

The reader steps into the novel in various roles: the protagonist, the narrator, the author, or another character.

8 Am I Getting Through?

In this summary, teachers examine their own effectiveness in helping students comprehend and appreciate novels and in setting them on the road to become lifelong readers.

Writers talk about the writing that influenced them, how they learned to write, and the importance of a point of view. Includes: Katherine Paterson, Daniel Keyes, Leslie Marmon Silko, Ernest Gaines, Arthur Golden, J. K. Rowling, and others.

Writers discuss the importance of research and of having an editor. They dispense advice for teachers on getting students to love literature. Includes: Orson Scott Card, Nora Roberts, Katherine Paterson, Arthur Golden, Daniel Keyes and others.