Connecting with the Arts: A Teaching Practices Library, 6-8

Professional Development > Connecting with the Arts: A Teaching Practices Library, 6-8 > 7. Creating a Culture — The Story Begins

Creating a Culture — The Story Begins

Sixth-graders develop their own cultures, complete with language, clothing, artwork, and rituals. Weeks of hard work culminate in a surprising twist. This program is the first of two parts.

PROGRAM AT A GLANCE

Students develop their own island cultures.

Rick Wright, 6th-Grade Teacher
We are working on a unit that we call “Island Cultures.” We’re trying to explore the concept of culture, what the different components are that go into establishing a culture. We start by studying Canadian, Native American, pre-Columbian, and American history. Then students devise a culture as they would like to see it, within the limitations of a tropical island.

Lisa Kindall, Theatre Teacher
The sixth-graders came to me with ideas of things that were important to their culture, and we worked on creating a ceremony or ritual to celebrate those things. The most important thing is to get the students engaged and excited and coming up with different ideas.

Melissa Brunkan, Music Teacher
We looked at the elements of music as they relate to various cultures around the world. We explored the concept of modality – the students did a hands-on experiment with jars of water to find out what sounds good to them. What I want to show them is that music was created by someone.  They have to have some idea to base their culture’s music on – a mathematical concept, a scientific concept, or an aesthetic concept.

Rachael Hoffman-Dachelet, Visual Art Teacher
The students are looking at how artifacts are influenced by the elements of a culture – things like methods of finding food, political systems, beliefs about the unknown. But they have to take it a step further. I want them to think about things like, “Is this culture more free, and how would that make the art look more free? Is this culture more structured, more formal? How would that make the art look?” Those considerations have to influence the artistic decisions they make

Before You Watch
Respond to the following questions.

As you watch note how the arts are used to help students understand an abstract concept like culture. Write down what you find interesting, surprising, or especially important about the teaching and learning you see in this unit.

Reflect on the Program

Connecting to Your Teaching

Reflect on Your Practice

Scale it back: Choose one or two colleagues or art forms to work with. For example, have students create a culture that communicates only through music or visual art.

Compare two cultures: Have students derive their own list of ‘cultural universals’ by comparing and contrasting two cultures they have studied and know fairly well.

Connect to today: As a way to get students to think about the elements of culture, have them choose artifacts for a time capsule that will tell archeologists 500 years in the future what life was like for adolescents.

Universals of Culture: A list of the 10 cultural universals used during this unit (PDF)

Our Culture [student worksheet]: Worksheets for students to use in defining and describing their created cultures (PDF)

Trekking to Timbuktu
http://edsitement.neh.gov/view_lesson_plan.asp?id=499
An integrated curriculum unit featuring the culture and geography of Mali and their early flourishing trade networks

The Dig: Adventures in Archaeology
http://library.thinkquest.org/J001645/
An award winning Think Quest site teaching upper elementary school children about the relevance of archaeology and the methods used by archaeologists in their search to understand the past

Resource Center of the Americas
http://www.americas.org/
Dedicated to informing, educating and organizing to promote human rights, democratic participation, economic justice, and cross-cultural understanding in the context of globalization in the Americas

FAIR School was created by the West Metro Educational Program (WMEP), a voluntary consortium of 10 urban and suburban school districts in the Minneapolis metropolitan area that was formed in 1989 to cooperatively address integration issues. WMEP’s mission is to promote student success and community acceptance of differences by providing opportunities for students, families, and staff from diverse backgrounds to learn from and with each other.

Student admission for the FAIR School is based on an enrollment lottery held in each district. While there is no formal audition, it is important that students enjoy some level of success and interest in at least one area of the fine arts. Fine arts offerings include dance, vocal and instrumental music, theatre, visual art, and media arts.

Where did the ideas and lesson plans for the Island Cultures unit come from?

The unit began with simulations called “Looking for a Life” and “Conquest and Consequences” from the Resource Center of the Americas, and an archeology simulation called “DIG” published by Interact.

How long have you been doing this unit?
How has it evolved over the years?

How long does the Island Cultures unit last?

The creation of the cultures, the artifacts, and the museum display takes about three-and-a-half months. But I begin to talk about cultural universals earlier in the year.

Did classrooms take different approaches to creating the cultures?

The team talked a great deal, and although our teaching styles differ, I think our approach to creating the cultures was similar. Each classroom, however, had a different number of cultures being created in their room. I had four groups while Rick just had two. In the past I have had two groups of 14 students but I found that there were students who were not participating. This year I lowered the group size to seven students. The students appeared to be overwhelmed, so I plan on trying nine-ten in a group this coming year.

How often do the teachers get together to plan?

The sixth-grade team has a common prep period. The arts staff has a common lunch with us and many times we talk informally to the arts staff about our process. As a team we also delegate who contacts a particular arts teacher.

What preparation did the sixth-graders have before they began creating their island cultures?

Sixth-graders begin the year with a literary unit on world folklore and mythology in which we examine various creation myths, legends, and fables. In social studies, we study the American Indian cultures of both North and Central America. One of our science units deals with topography and mapping.

In the program we learn a lot about the student-created culture of Erutan –where does the name Erutan come from?

Erutan, as my students delightedly pointed out, is “nature” written backwards. They based much of their culture on the idea of respect for nature.

How did students create the maps of their islands?

Students were told to imagine and draw the islands upon which they’d landed. There were discussions about natural resources needed to sustain human life, about climate, and topography. We looked at physical and resource maps in world atlases to see what kinds of vegetation and minerals one might expect to find in the region where each team landed. Groups worked together to draw resource maps of their islands. Then, after a mini-session where we looked at topographic maps, students outlined and mapped out the hills, valleys, rivers, lakes, and plains they imagined on their islands, using contour lines to indicate elevation.

How did the students share the information they got from the arts mini-lessons with others in the class?

Students who had been to one of the arts mini-lessons were responsible for reporting back to the rest of their group. In most cases, they gave a general overview of the session and explained how the craft or art form related to culture. They taught the skill learned to a smaller group of teammates who would be responsible for making the required artifacts.

Connecting with the Arts: A Teaching Practices Library, 6-8

Produced by Lavine Production Group, Inc. in collaboration with EDC's Center for Children and Technology and the Southeast Center for Education in the Arts. 2005.

Artifacts from two student-created cultures: Catania and Ga’Amay Text interpretations written by student curators/anthropologists for an exhibition of the artifacts. 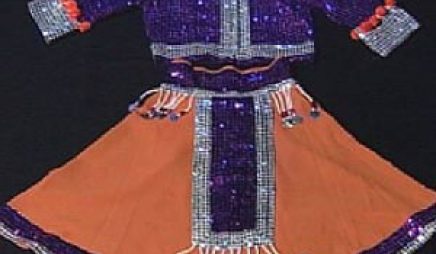 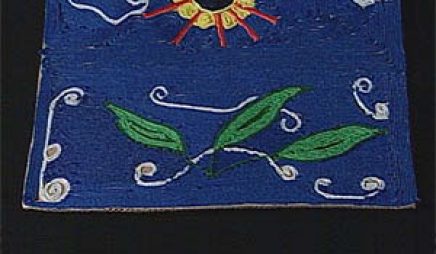 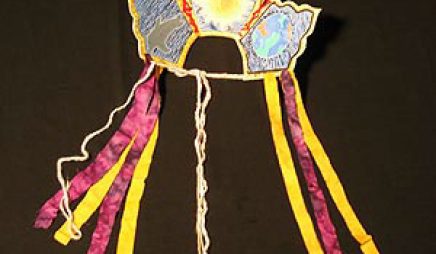 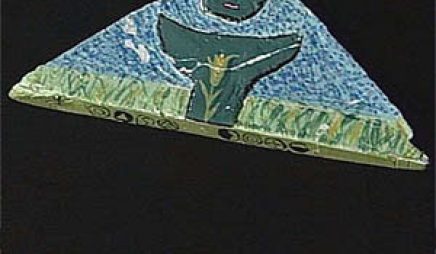 Supplementary: Connecting with the Arts — Creating a Culture - The Story Begins

A simple overview of the Island Cultures unit (PDF)

A language arts teacher and a visual art teacher ask eighth-graders to demonstrate their understanding of a novel's characters by creating unusual ceramic place settings.

A language arts teacher draws on puppetry techniques and help from her school's theatre teacher to engage her sixth-graders in exploring Greek myths.

A visual art teacher and a social studies teacher use the distinctive architecture and history of their school's neighborhood to help eighth-graders see their community in a new light.

Teachers of music, visual art, and theatre build thoughtful connections to topics their seventh-graders are working on in social studies and language arts.

Sixth-graders develop their own cultures, complete with language, clothing, artwork, and rituals. Weeks of hard work culminate in a surprising twist. This program is the first of two parts.

Students become archaeologists, analyzing artifacts from other student-created cultures. They then design a museum exhibit from those artifacts. This program is the second of two parts.

A visiting theatre artist works with a language arts teacher and a visual art teacher to help eighth-graders transform folk tales into original scenes that the students perform.

Program 10 Preserving a Place for the Arts

When faced with budget cuts, the staff of a rural middle school finds innovative ways to keep the arts a viable part of the curriculum.

A dance teacher and a science teacher ask seventh-graders to compare the anatomy of frogs and humans. Then a language arts teacher coaches the students in a lively debate about whether a frog should be allowed to join a ballet company.

Drawing on themes of conflict and genocide that eighth-graders are studying in their World Cultures class, four arts teachers organize an interdisciplinary unit that encourages students to use their artwork as a form of protest.

Supplementary Introduction — Connecting with the Arts

Supplementary Appendix — Connecting with the Arts