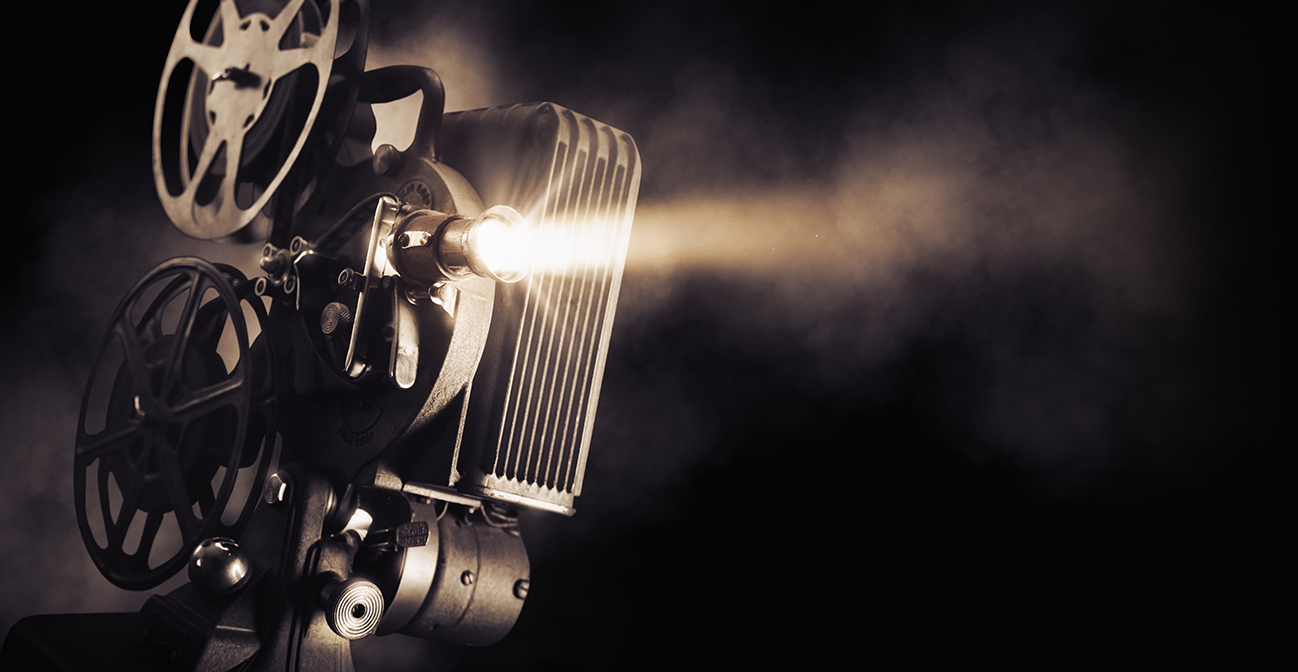 Using clips from more than 300 of the greatest movies ever made, this series explores film history and American culture through the eyes of over 150 Hollywood insiders, including Clint Eastwood, Steven Spielberg, and Michael Eisner. In-depth treatments present film as a powerful economic force, potent twentieth-century art form, and viable career option.

American Cinema connects subjects such as history, business, and English with other studies. In addition, it is a perfect vehicle for developing visual and media literacy skills and can be used as a springboard for creative-writing endeavors and media production.

“…Since the inception of the movies, there have been frenzied attempts by popular mass media…to grab realistic peeks inside the movie industry…What largely has been missing until relatively recently, has been a body of serious and insightful documentary works dealing with the history and impact of cinema and the art of filmmaking. Happily, … American Cinema videos have arrived to shine a klieg light onto that void, and take us beyond the glitz and facade of the Hollywood dream machine…”

“…The series is by far the most ambitious and intelligent work on American cinema to hit the video marquee so far….The series is uniformly entertaining and informative….”

“…A feast of archive clips and interviews with movie greats presents a panoply of the silver screen in the U.S.”

“This is an illuminating and fascinating panorama of the artistic development and social history of the American film for schools and public libraries.”

“Three Stars…the program is an entertaining introduction to the subject ‘American Cinema.’ ”

“Interviews with actors, writers, producers, directors, critics and scholars are mixed with film clips and behind-the-scenes shots. The composite examines both the history of American film and its role in American Culture.”

“The videos previewed are superb examples of professional program design, production, and editing. The series could be used as a backbone for a film unit, or parts of it could be used in American history classes. Many will view it for pleasure as well as research.”

Produced by the New York Center for Visual History in association with KCET/Los Angeles and the BBC. 1995.

In the classical Hollywood film, the story is primary. Filmmakers rely on style — structure, narrative, and visual elements — to effectively tell their story. Martin Scorsese and Sydney Pollack are among the premier directors who discuss how classical Hollywood style, evolving and yet enduring over time, informs their work.

This program surveys Hollywood's industrial past during the era of contract players and directors, studio police forces, and colorful movie moguls. It also looks at the filmmaking environment of today with studio heads Michael Eisner, Howard Koch, and others. Paramount Pictures, one of the oldest and most successful of the Hollywood studios, serves as a case study.

Greta Garbo, Cary Grant, Dustin Hoffman — these among many others are names synonymous with Hollywood. Early on, Hollywood saw that recognizable talent could minimize the financial risks of film production. Critics, film scholars, and studio publicists view the stars from many angles: as marketing tools, cultural icons, and products of the industry. Joan Crawford headlines as a case study of the cultural phenomenon of stardom.

The western is an American myth that has been translated by other cultures and reinterpreted time and again, but never dies. With clips and critical commentary on westerns from John Ford's Stagecoach through the work of Arthur Penn, Sam Peckinpah, and Clint Eastwood, the program traces the aesthetic evolution of the genre as well as its sociological importance.

Breezy and silly to witty and intelligent, romantic comedies have been with us since the 1930s. But the surface humor has often just barely masked issues of gender and sexuality. This program looks back on screwball comedies including It Happened One Night and His Girl Friday. Directors James Brooks and Nora Ephron present interpretations of the genre that reveal the underlying social and psychological messages.

Beginning with World War II combat films — produced under directives from the federal government — this program examines the role of the combat film in filling a social and political need. Critics and directors describe the evolution of these films, the rise of the Vietnam film, and the influence of the newsreel documentaries and TV news on the genre.

These cynical and pessimistic films from the 1930s and '40s touched a nerve in Americans. Historians link the genre's overriding paranoia to Cold War-related angst over the nuclear threat and the Hollywood blacklist. In addition, a cinematographer demonstrates the creation of noir lighting, which gave films their peculiar look and emphasized the themes of corruption and urban decay.

8 Film in the Television Age

Television first arrived in American homes just as the Hollywood studio system was collapsing. As the new medium took hold, so did a new era of motion picture entertainment. Top directors, actors, and film scholars trace the influence of each medium on the other, from the live and fresh dramas of the Golden Age of Television and the growth of Hollywood spectacles to the megalithic entertainment industry of today.

Maverick filmmakers of the 1960s and '70s, including Brian DePalma, Martin Scorsese, and Steven Spielberg, capitalized on new technology and borrowed from classical Hollywood and French New Wave as they reinvented the American film. The financial and cultural forces that contributed to their success and commercial clout are explored.

10 The Edge of Hollywood

While many of the old rules are still in force, independent filmmakers today often add their dissenting voices to the forum. This program looks at some alternative visions from new talents including Spike Lee, Joel and Ethan Coen, Jim Jarmusch, and Quentin Tarantino. With limited budgets, they are challenging the stylistic status quo of the Hollywood film.

"Film Language" illustrates basic terms such as tracking shots and zooms and also provides a primer on editing technique.

12 Thinking and Writing About Film

"Writing and Thinking About Film" provides a formal and cultural analysis of a classical film sequence. It serves as a critical how-to guide for those new to film critique.